10 Years After Napster: Has free downloading of music helped or hindered Indie bands? 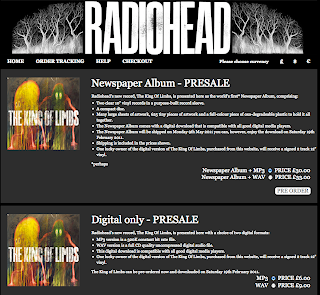 Question: Dig, what was the real impact of the internet and music downloads in independent music from your experience? What has forever changed and what WILL forever change?

According to this 9 year old article by famous UK drummer Chris Cutler (Henry Cow) music downloads do hurt independent musicians enormously. Do you agree with him? Were his predictions correct? Here is a bit of it and a link to the article were he says that downloading will BADLY hurt independent, small and avant garde labels. What really happened?

There are Henry Cow fans who would like the band to reform and to record again. They would also, presumably, expect us to take the time - and spend the money - to do the job properly. Today, properly means in the region of $110003 to record, and 6-8 months to compose and rehearse. There are no shortcuts, especially for a band that still uses technically demanding instruments, plays in real time and wants to use the recording studio as a compositional - not just a mnemonic - tool. That means time - and money. To recover $11000, we would have to be confident of selling 3500 copies - and this is before the musicians or the composers are paid anything at all.

If ReR4 lost 15% of its sales to free downloaders, that would pretty much wipe us out. In the short term the 15% of listeners who didn't pay us would benefit (the music would be free, though the service provider, telephone company and all the other intermediaries who had contributed nothing to it would still get paid, of course). In the longer term, insolvency would force the label to fold or change its release policy. Perhaps no one would be that bothered. Perhaps they'd assume that someone would carry on releasing sidestream music, and some unknown friend or other would carry on uploading it and the free concert could go on, one way or another, forever. But it won't. ReR is already one of a very few survivors in a shrinking field and if we go down, there's no guarantee that anyone else will want to step into our shoes. My point is basic: 15% of free downloads = non-viability of marginal labels = less diversity.

Answer: The short answer is that free downloads have been immensely beneficial to those bands who could adapt to the changing marketplace in the last ten years, and to those who either can't or won't change, its been damaging. Mostly its new bands who have nothing to lose and all to gain which benefit most. The old guard acts simply charged more for concert tickets to compensate for lost album sales. Some of the superstar acts now even throw in their new album with a concert ticket to sweeten the deal.

Even though Chris' diatribe is from 10 years ago, dating from a time when the web was still the proverbial 'wild west' and a good few years before the first usable legal download service (iTunes) was launched, illegal downloading is still a hotly debated subject even now. The debate is highly polarised with staunch advocates on both sides, so its rare and pretty refreshing actually to read what an artist thinks about the situation, and Chris Cutler's fears about the sustainability of Henry Cow are real and frankly expressed. If any of the 'all music must be free' type of wide-eyed Mp3-album-posting bloggers ever actually took the time to ask the actual artists what they think about it all, they'll find a wide variety of opinions within the artist community.

My own attitude to it is in part shaped by and varies with whatever bands we are working with at the time. Earache released the last Gama Bomb album "Tales From The Grave in Space (a project which cost about £10,000 to produce) as a completely free download on the net. Its still available for FREE at this Location. By contrast a band like Evile have a strong feeling that they would much prefer fans to experience their music by way of the whole package ie physical format with art, lyrics, photos, credits & superior sound rather than some crappy Mp3 music files and little else. Earache is adaptable enough to be able to deal with both scenarios. I should point out that neither band's viewpoint is motivated by any financial concerns but simply echoes how they consume music themselves.

Radiohead became the poster-boys for the free download community with their 2007 release 'In Rainbows' which was offered for free or a sliding scale of payment. I reckon its highly significant that their new album 'The King Of Limbs' coming this Saturday 19 February has no FREE option but is priced at a minimum of £6 on mp3. If a band like Radiohead don't want to embrace the FREE album philosophy anymore then its a real sign of the times I think. The good times are indeed over.

Experienced web-watchers are now predicting the rising of a two part web, with most of the 'good stuff' being behind pay walls in the future. The general,'free for all web' will be highly social and extensively data mined, your every purchase/ click and geo-location data has been monitored and logged for years anyway- but soon this data will turned against you to launch massively powerful advertising onslaughts which will be unprecedented in their accuracy, ferocity and annoyance value. See the Groupon ads which crop up everywhere now, for a glimpse of this future scenario.
Posted by Digby at 10:57 PM

Hi Dig. Interesting stuff, as ever. Perhaps unsuprisingly given the views expressed in the article, there doesn't seem to be anything from Chris Cutler's ReR label on Spotify.... which got me thinking, given what I've heard about the royalties currently paid out by spotify, what is the motivation for a label like Earache to put their catalog up there?

Don't get me wrong... I'm extremely glad you have done, but is it paying off at all?