When the underground meets the mainstream, bad things happen. 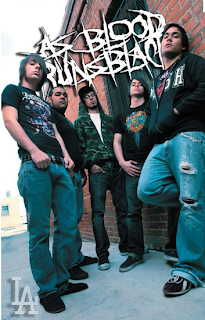 My question is a bit of a weird one, I was wondering what your opinion on music 'breaking out of the underground' (so to speak is), and whether many underground genres don't really get a chance to properly flourish when they are pushed into the mainstream, which can lead them to 'die'

One of the things that led me to this question was reading some old posts on your blog from last year, you spoke of the big new rise of 'deathcore' and how you saw it being a big genre coming into the metal scene, and spoke about signing Oceano etc, but this conflicts with the views of many fans of the genre who would say true deathcore came around in about 2004-2005 and died only a few years later, with the scene now being 'stale' with carbon copies everywhere, and I think though not entirely true this is a very good point (a good example being bands such as bring me the horizon, though their EP and debut album could certainly be categorized as deathcore, their new material is very far from it!).

So in so many words I think I am trying to ask when it comes to signing bands of a certain up and coming scene or sub genre would you rather be looking for something BRAND new and really relevant to that time (deathcore in 2006 for example) or would you rather wait and catch the bands who arrive onto the scene a few years later when elitists (and many original fans of the genre) would claim it was dead and buried but more and more bands are appearing and audiences are getting bigger, younger and more mainstream (normally a sign of the end in any metal subgenre?)?

I think I may have overused deathcore as an example but it does seem to happen with more genres of music, IE it rises on the underground, gets really big, then a lot of the originals get disregarded leaving newer, less original bands with more mainstream appeal to carry the genre?

I've probably phrased it a bit weird but what is your answer if you understand the question! 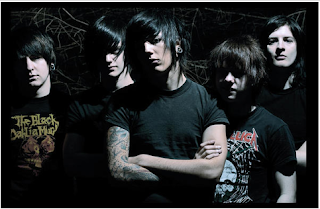 Regarding original Deathcore circa 2006, Earache prides itself on signing bands early on in their career- so we were aware of Deathcore early on and actively tried to sign Suicide Silence, Job For a Cowboy & As Blood Runs Black (via Mediaskare) but with all the activity taking place in California, and we're based in Nottingham UK, we couldn't strike any deal unfortunately. Instead in 2007 we secured the rights to the debut album by UK band Bring Me The Horizon for sale Stateside. A couple of years later in 2009 we signed Oceano, mainly because they were the heaviest of the following pack of bands and we liked their style.

It's fascinating for me to watch scenes evolve over time -whatever scene you care to mention, there is a real distinction and time-lag- often a mere 4-6 months- between the early innovators (usually a handful of people) and the huge masses of the followers which can number in the thousands. Mostly the innovators take the plaudits of their peer-group but very often don't get the rewards. 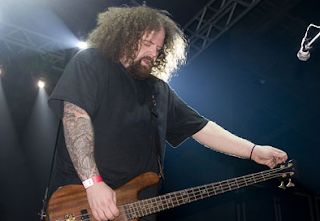 In many cases its the second or third wave of bands who clean up financially because the innovators in any scene find the going extremely tough- playing something new means you take all the hard knocks and ridicule in the early days, because the status quo is highly resistance to any changes. It can knock the stuffing out of the best of bands. Also adapting to unexpected success can derail unwary bands- ask any of the early members of Napalm Death why they quit- you'll hear tales like "The joke was wearing thin" or "It seemed like a short lived fad" or "there was no way such extreme music could last beyond 6 months". Shane Embury was made of sterner stuff, though he was not an original member, he proved everyone wrong by keeping the band going for 20+ years.

In the 80s-90s, pre internet, big selling Underground bands would have to adopt a more mainstream persona - meaning try to score a major record deal and then adapt to becoming radio and TV fodder - in order to try and sell a serious amount of records. Nowadays, successful underground bands don't have to defect to the mainstream anymore, it seems they are just expanding the underground to previously unheard of levels.

As a music fan years before I even started the label, I'd always been seriously interested in whatever was the most contemporary, innovative and newest-sounding thing around. On one the earliest Earache releases Unseen Terror (Mosh 4) I paid homage to the Thrasher-led Skater scene and the Def Jam-led early Rap scene by using a Thrasher & Def-jam logo style for the Earache logos on the vinyl labels of Mosh 4. Those scenes had influenced my tastes a lot early on. To me they were both similar forms of street-music and were appealing for that reason.

One thing I learned from my 10+ years of avid listening to John Peel on BBC Radio was that not every band trying something new makes it big. Only a handful of the bands Peel showcased would go on to spawn hordes of imitators and make their permanent mark on the music scene. Most of the bands given sessions would fade back into obscurity just as quickly as they arrived, which was puzzling. Not many people realise that for every sub-genre of music that gains its own Wikipedia page, there are dozens more that never get off the launch pad.

Scenes are really all about a time and a place. The intensity of a shared experience by a small group of fans can cause a ripple effect that spreads further afield and resonates with an entire generation of similarly-minded fans far away who were,it seems, 'primed for it' anyway. In the blink of an eye, everyone that matters is dancing to the exact same beat, while everyone else is wondering "How the hell did that happen?". 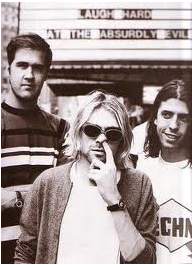 Pre-internet, scenes took place in a physical location, examples would be Thrash in the Bay Area, Grunge in Seattle, Grind in Birmingham (much like the original Heavy Metal before it), Death Metal in Florida, Black Metal in Oslo.

Nowadays of course the shared experience is on the Social networks or YouTube and going 'viral' is the term for a video that is breaking out. Justin Bieber is the first global music star to break via YouTube and he won't be the last. I think it will probably be a long while before the Music Biz/ Grammys do actually give awards to Tom Anderson (Myspace founder) and the Google/Youtube folks for all their work in breaking bands, but they will definately deserve such recognition from the Biz, when it arrives.
Posted by Digby at 11:59 AM