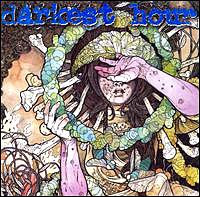 Question: Did earache really try to sign darkest hour? as the version events i heard was that they were friends with a US label staffer who tried to get them on earache, said staffer left to go to A-F records and so DS went to victory, interestly DH gave A-F their first two eps to reissue in 99 because of their friendship with the guy who worked there who was ex earache. From:

Answer: This sounds pretty true to me.The staffer will be Jorge.He was an Earache employee in late 90's in our NYC office and like most of the staffers, being fans of new heavy music, they would suggest bands all the time to myself as the label boss,I am the one with the ultimate power of veto over signing bands to the label. Darkest Hour I remember - at that time- were just a bad ATG clone to my ears..we are superbly picky at this label about bands we sign, they really have to have something fresh to offer, in my opinion.
Well in hindsight, you could say I was a moron (again!) to pass on Darkest Hour- D'oh!!-that it was a mistake since DH have build up a massive following and sold extremely well for Victory.The bands main influences according to their website are Carcass. ATG and Entombed- all bands we'd done in the 90's, who did it first, and better imho.
So if Jorges label Anti=Flag did the early EP's on CD then thats great, more power to them for picking up a cool band.I wish I had listened to Jorge!

Judge For Yourself - here DH doing Demons.
Posted by Digby at 10:22 PM