Grind Madness at the BBC 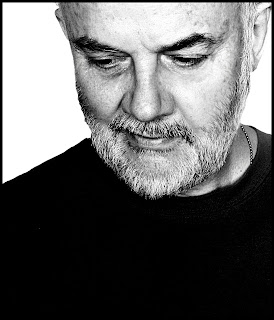 Question: Just loving my copy of "Grind Madness at the BBC" - takes me back to being a 17 year old hitting play & record on my old tape deck loaded with a C120 to catch the whole 2 hour show! Ah the nostalgia!

Any chance you may do a "Volume 2" and feature the other much loved (and I suppose hated by some!) sessions from that time such as Stupids, Electro Hippies, Doom, Dr & The Crippens, Deviated Instinct, Prophecy Of Doom and Fudge Tunnel???

Fully appreciate they were not "Earache" bands as such, and realise there may be "technicalities" for the legal boffins to thrash out, but surely it could be done??? After all my recent copies of Carcass Dual CD/DVD re-issues of Heartwork & Swansong were, please correct me if I'm mistaken, not originally released on Earache?
Or am I totally deluded and such an undertaking would be a logistical, legal and financial nightmare???
Here's hoping!
Cheers

PS - Oh hang on! Let me just double check my dusty copy of "Hate Songs in E Minor" Oh yeah! One of yours after all! Hehe! From: detante@hotmail.co.uk

Answer: Ahhh- John Peel- what can I say about this great man? He is directly responsible for me being here today, writing this blog about my label 20+ years after I started it.As a National Radio DJ he took such a genuine shine to the bands I was releasing, very early on in their careers, that he gave the whole scene a massive boost in exposure, which was totally unexpected. I think out of the first 10 releases Earache made, nearly all of the bands were invited to record a session for the Peel radio show on the BBC.Typical Peel- ever the musical maverick, he undoubtedly could spot a maverick record label when he saw one.

In hindsight I'm pretty sure none of us- myself or the bands- appreciated or had any clue at the time about the importance of these sessions while being recorded and aired.It was just another gig, another doss of a day out.We'd make the afternoon trip in the van to the BBC to blast out some songs in a professional studio, I mostly remember it as a chance to grab some decent food in the extremely cheap/subsidised BBC canteen.Read Mitch Dickinson's account of what happened during a Peel session.

If you don't live in the UK, you can't fully understand how important the BBC is in shaping popular culture. It's a truly wonderful institution, which takes no advertisements, and is instead uniquely funded by every single household in the UK paying an annual TV license fee of £142.This way of funding makes the TV and Radio programs it produces among the very best, because mere commercial factors do not apply, instead the emphasis is on serving the public with entertaining and informative programming.

The idea for our Compilation came from 2 different chance events.The BBC head of music licensing contacted us about the planned BBC Radio download and streaming service, to be launched sometime in the future, which will finally offer up all of the legendary John Peel sessions as Mp3's to the public, and presumably other BBC music archive material aswell.He needed our help to sort out who did what, and when because his paperwork he inherited was sketchy.At the same time Ian Glasper interviewed me for his latest UKHC book, so we got a sense of deja-vu.
We formed the idea to ask the BBC for permission to use the archived Peel sessions from the Earache bands from the time.The BBC's own records of the songs recorded had so many mistakes its unreal, many had the wrong song titles and in many cases just nicknames of the performers were on the paperwork: "Baz" "Johnny" etc.They needed to know what were original compositions and which were covers. Napalm Death recorded Japanese HC band SOB cover songs in one session.

Earache's label manager spend a long time dealing with these matters for the BBC-naturally he didn't mind helping the BBC get its archive in order.It was a real labour of love.

To answer your question- I doubt we'll do Volume 2.
Its not an easy task to obtain clearances and rights from BBC, and then the hassle of getting the songs correctly sorted for official release is damn hard.
So- enjoy the Grind Madness at the BBC 3x CD set because I doubt there will be another CD compilation. The good news is- it looks likely the BBC themselves will offer the public the archive of Peel sessions some time in the future anyway.

Heres where we took the name from- Craig Charles introducing Napalm Death on BBC TV- watch what happens, right after the orchestra;

Dig the link to Mitch Dickinson is not working.