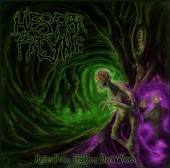 Question: how often, if at all, do you have to pass up on a band you love musically but are just not financially viable, even if they are something that would fit on the earache roster. Any notable examples.

I'm just listening to the latest Gama Bomb, i read somewhere they are on a 360 deal (correct me if im misinformed) given that the label would be taking revenue from additional streams how would/do earache work with those areas e.g. tour/gig booking merch ect

A bit of a personal one. Some feedback from an independtant person with your experience in the area would be much appreciated. Ive been trying to get my band going for years now but cannot find any musicians interested in joining so its been me, the bassit and a session drummer (he's commited to a large, well known touring band and lives 200 miles away so not really a viable full timer) It wouldnt be so infuriating if people told us we sucked, but we get the opposite. Everybody and their gran seems to think we are great. Not just the usual friends and familly but complete strangers, even people who dont normally like metal, ive lost count of the number of EP's ive sent out on request and downloads and often find posetive reviews from 'zines the world over ive had no contact with. Despite this we cannot get a full live line up together and its driving me mental, ive tried everything i can think of, even moving to a major city to find people. I live to play live and want to push the band as far as i can but after six years have gotten as far as most bands in do in 6 weeks. Is there something we are missing? Do we really suck but everybody is being super nice about it? Is there some secret heavy metal jedi trick you can teach us to force the right people to join, or should we just give up (ive already tried this, it doesnt work the music is inside and wont leave me be untill its heard)

Answer: Here's a funny thing- when I was a little kid we had a neighbourhood friend called Ester Payne -bizarrely, I was drawn to your question and clicked the link because your band name sounds similar.There is a Utah based USA band called Clifton who I followed the progress of aswell, just because it was the name of the neighbourhood where grew up. A stupid reason really I suppose- Clifton even signed to Century Media offshoot label, but nothing much happened.

Anyway- Regarding bands I'd love to sign but they aren't financially viable- wow there's literally hundreds of them. My label started as a DIY hobby label but luckily it grew large with some successful bands, and in doing so, became the main place of employment for a lot of people- the label staffers and quite a few bands make their main income from our activities.

We simply dont have the financial power/freedom to just do whatever we like.That's the reason we can't support poor selling, non-profit making acts for very long, because it drains our ability to promote the bands who are selling, and going places. By the same token, we very often pass on established bands who make unrealistic financial demands in order to be signed.Manowar made such unrealistic demands from Nuclear Blast after their German chart-topping album "Warriors of the World", that the label took the unprecedented step of letting the band go while mid-contract, so rival German label SPV stepped in and signed Manowar up for huge advances.Now SPV are bankrupt -the SPV bankruptcy proceedings even quote "paying too much for bands" as the reason - while Nuclear Blast is still going strong and enjoying massive success.

Its probably not the coolest answer, but its the truth. By the way, this hard-nosed 'profit motive' is not an exclusive trait of Earache's - it actually drives the entire western world we live in.

As for 360 deals- its not exactly true. We'd refer to 270 degree deal as being the more accurate description. If you take a pie chart and divide into quarters, roughly speaking, musicians can make money from 4 sources- the recordings, song publishing, merchandising and gig fees/touring. Mostly we have negotiated a slice of the income from 3 out of the 4 sources- touring is 100% controlled by the band and Earache does not share in this at all ( even tho we pay out for bands to go on the road in the early years).Hence 270 degrees.

Your band Hesper Payne is actually pretty darn good in places, but also has its bad parts too, which turn me off instantly.It's nothing too dire, but you ought to know that the opinions of a label A&R dudes like myself, are uneven.Average riffs are passable, but I hate a bad riff 10 times more than I appreciate a good riff, if that makes sense. One bad riff can ruin an entire song, an entire album even.Quickest way to improve a song is simply by weeding out that bad riff.

Out of all the songs I only like Horcums Slumber- but I REALLY love the opening 40 seconds of Horcums Slumber, that is truly world class,the vocals are great too, but by the later ambient passage around 3 minutes, I'm bored. I would recommend ditch the ambient parts, as you don't seem to be able to capture them well enough. They are what mark you out as progressive and probably what the whole essence of the band is about, but personally they don't do it for me.Being a straight up doom band is better suited.

Its weird you dont have an actual band photograph anywhere on the myspace- I guess it marks you down as one of the many one man bands, or non-band, as you truthfully point out in your question.

Wish you the best of luck with Hesper's anyway- if a few breaks go your way, Profound Lore could be calling in a few months, hopefully.
Posted by Digby at 11:33 PM

Can totally empathize with this guy, we've been down a singer for around 6 months, simply because of lack of consistent people, can't be helped, just got to keep pushing on! Best of luck.

clifton went to abacus records, aparently they had some gigs with fellow arizona metal crew landmine marathon booked, well i saw it on myspace months and months ago.

I wouldnt think hesper would have too many problems getting a deal, as from checking their myspace they appear to have brooke from the axis of perdition and also dan mullins in their ranks. Surely code666 would be interested with those sorts of conections already in the band guys?