Downloading music is the future

Question: What do you think of the opinion that the only music being really affected by downloading is shite music? In that now people can try before they buy, and you no longer have the situation of someone going to a record store buying somthing taking it home and thinking this sucks! I read an article in the paper that the only bands its affecting really are buzz bands who would have a short shelf life anyway and if a band had some longevity towards them people would buy their records. From:


Answer: Yes, I take your point, but there are two type of downloading : the free download (from rapidshare/ megaupload or via torrents) and also, beleive it or not, you can also pay for downloading music aswell. Paid for downloads are typically from itunes for like 99c a track or $7.99 an album (you need a credit card or a prepay card).

I only mention this because your question seems to assume all downloads are free- many people do prefer to pay for music from itunes or other reputable sources like amazonmp3.com. This is to make sure the title tags are full and correct, the d/l doesnt contain any malware.In the case of new itunes 'LP' offering, you get the full artwork & lyrics included in the d/l aswell which makes it pretty decent value i think.

Earache is -unlike many other record companies- pretty open to fans downloading our bands music for free.We just did exactly this with the new Gama Bomb album Tales From The Grave in Space.Fans can try it out at http://www.earache.com/gamabomb its a free download, powered by Rapidshare.

If you like Gama Bomb, maybe you'll buy a CD or vinyl copy when its released on January 18th next year. We are OK with the fan having the choice, you either pay your money, or you don't. I gotta say the CD booklet for the release is totally stunning and takes the form of a comic book, which is worth buying on its own in fact.There is also a plan to release a severely limited box set (300 copies only) of the Tales from the Grave in Space album containing material unavaible elsewhere, and a limited edition shirt= this is a must-have for Gama Bomb completists.

The record industry as a whole is gearing up for the decline of the physical record.In many ways its going to evolve into a much wider reaching, ubiquitous "music is used everywhere, and for free" industry, because music and the promotion of musicians is what we are involved in. 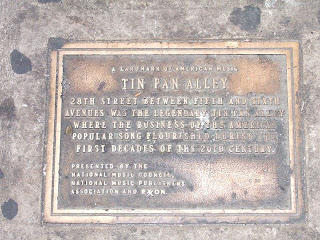 There is a precedent for this, in the song publishing industry. Back in the 10s and 20s of the last century the music industry consisted of songwriters of the day, and their publishers, selling printed copies of the sheet music of the latest tunes, for families to play on the piano in their own homes.Hit songwriters of the day like Irving Berlin and Ira Gershwin were kings- operating out of the New York Tin Pan Alley district- because at that point there were no record players,and hence no record companies, because the easy-to-use gramophone record had not been invented yet.The songwriter was the star, and the performer was yourself at home playing the popular tunes of the day, on the piano.

This printed sheet music industry was huge - it was how music was copied and distributed in the pre war era, and so - in the UK especially- it laid the foundations of the modern music business, as many of the laws and payments for hit songwriters date from this era. Its hard to believe it but there are still no actual laws in place in the UK dealing with musicians or performers payments from recordings of music. Mainly because the technology to mass produce a recording- the gramophone record - had not been invented by that point, it wasn't even thought of by the lawmakers.

In the USA its the opposite way round as the record business grew a decade or so after Tin Pan Alley, and it grew huge around the new technology of the day.In the 30s the gramaphone-recording industry was newly invented and it was this technology which was the driving force behind the nascent US music industry. Gramaphone records replaced sheet music as the predominant method of music distribution, hence the actual recording artists became the stars, and the rights of the songwriters behind those hits became neglected and faded away.

Fast forward a century, and now digital distribution of music via the internet or mobile phone networks, is causing a similar siesmic disruption to the status quo.The Mp3 music compression algorithm was invented by a little-known German scientific research institute FRAUNHOFER and was released without any fanfare under a free-use license - but heavy users of Mp3s like Apple and other audio-tech companies do have to buy a license though. Now billions of Mp3s are distributed every day, and its is the main method of music distribution.

I recall seeing with slight horror a drab little Fraunhofer stand at a PopKomm music industry conference in Cologne in the mid-late 90's.I had a chat with them because I'm fascinated by new-tech, but most folks attending the conference ignored their stand as they appeared to be a distinctly un-rock n roll bunch of boffins. Who would have guessed that this innocuous little institute, along with the broadband internet- could have caused the current transformation and meltdown among the seemingly monolithic Recording Industry.

Music companies of the future cannot be anything like the ones of the last century, and those that try to hold onto the bygone ways will no doubt be seen as dinosaurs and become extinct.
Posted by Digby at 11:53 PM

I find it interesting that soon after gama bomb put their album up online. notable metalcore pioneers Integrity in conjuntion with holy terror records put their back catalouge online for free download.
Another interesting move is moshpit tragedy records getting rid of physical releases all together and having all their releases through digital means.

Amen to that. All the indies would need to do to slit iTunes' throat would be to band together and start their own music distribution service offering superior-quality files (say, 64 or 96 kHz, 24-bit, multichannel), losslessly compressed.

It is like the difference between Dolby Digital and the lossless formats now offered on BD. The easier I find it to separate the dialogue from sound effects or music, the more I enjoy listening. Same applies to vocals, bass, drums, guitars, etc. MP3 in fidelity terms is only marginally better than the gramaphone.