Make Rage Against the Machine the UK Xmas No 1 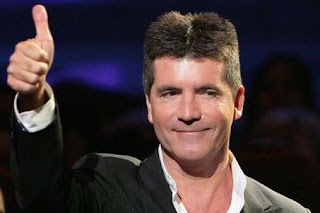 Question: Being as you've talked about downloading alot on this blog im curious as to what you think about the "get rage against the machine to xmas no 1 campaign!"? Surely if this is sucessful this will break the november/dec lull period in releasing music that you talked about in the video concerning gama bomb, in relation to the comerical rubbish that gets released over the xmas period. I personally see it as the people making a stand. As someone whos very vocal about downloading i would love to hear your take? From:

Answer: Yeah this is one of the most radical ideas I've heard of in years, but its not about Downloading per-se, its about disrupting the X-factor talent show's domination of UK's popular culture and the charts. Basically in the UK, the number one single in the chart during xmas week is traditionally a hard fought race between labels and bands, because any band that can score enough sales to be at the top of the chart during that week (actually week prior to xmas) usually gains a prime time TV slot on the famous Top of The Pops chart show, during the BBC afternoon Christmas day programming.Its one of the most watched shows of the year, the viewship is massive and the effects on a bands career are immense, it sets their career, for life.

The TV exposure guarantees massive sales for the first few weeks of the year, as its a UK tradition among many families to watch the Top of the Pops together, and buy the number one as a present to young uns. Many UK Xmas number ones of the past became bona-fide classics, even if they were gimmicky at the time. Having an Xmas number 1 guarantees fame and fortune for the band that can score it.

The trouble started because for the past 5 years this Race for the Xmas number one has been won by Simon Cowells production line of talent-show muppets.Every year he cynically times the debut single release by the winners of his hugely-watched TV talent show. The "X-factor" winner's single generates huge numbers of sales, often 500,000 or more, which almost guarantees the band an Xmas number one, and the subsequent fame that comes from that.

This year some bright spark has started a Facebook campaign, using the internet and crowd-sourcing, to break this Simon Cowell production line of talentless morons, and the idea is quite simple. Every person who cares about music should download (a paid for download, like from itunes) Killing in The Name of by Rage Against the Machine between December 13 and 19th. It has to be a legal paid for download to qualify for the chart sales. If approximately 500,000 people choose to do this, then its possible Rage Against the Machine will be number 1 instead of the X-factor winner.

I think its a great idea, and would demonstrate the immense power of crowd-sourcing if it was successful. I dont think Rage's label (Sony, who also distro Simon Cowell's records, oooh the irony) or even the band have prompted this move, its a genuine fan-driven attempt to restore a bit of unpredictability to the UK Xmas number 1 race, but 500,000 buyers in 7 days is a phenomenal amount of buyer-power.

I'll certainly be logging onto itunes next week and will buy the song.
Posted by Digby at 11:01 AM

I like the tagline of "Fuck you I wont buy what you tell me".
It appears that simon cowell is genuinly worried about this to the extent that he actually passed coment in the entertainment sections of the times and msn's websites, so hes actually given the campaign free mainstream press.

I think it shows also the power of managment in the record industry, in that rage are allowed to release pretty much what they like on sony and sony will support it. however whomever x factor put in has no creative control whatsoever on their career.
I did see somewhere simon making a coment of how he didnt know who rage were and if its based on talent x factor would win. Im guessing someone got a memo from sony music the next day.

As much as I have no time for Cowell etc, I can't get so worked up about who gets the christmas #1. Face it, it's not like people who listen to stuff like what Earache release are going to be following what is in the charts at any time of year, so what's the big deal about xmas?