Addiction Crew on Earache- why? 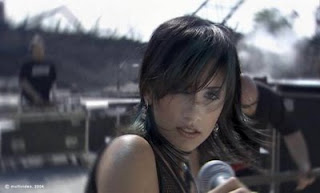 Question: What on earth made you sign Addiction Crew? I remember they were featured on a Metal Hammer DVD with that video \"What About\", and it still boggles my mind why you signed them.

I\'m not a fan of the band, but even if I did like them, I\'d still find it odd that you signed them. You had absolutely no record of signing bands of this style (Am I right in saying that Addiction Crew are the only nu-metal band Earache have ever signed, bar maybe Adema?), the band weren\'t even anything out of the ordinary or groundbreaking for nu-metal and they were signed back in 2002, when nu-metal was about as in vogue as a Chinese RnB duo.

Also, they sounded worlds apart from every other band Earache have ever signed. I actually believe to this day that if you were to release a compilation of the greatest Bosnian motown groups around today, it would have more in common with the likes of Terrorizer and Bolt Thrower than Addiction Crew.

Also, how did you go about handling the band? Did you ever put them on tour with other Earache bands such as Akercocke or Deicide, or did they support any big bands more suited to their style? And what are they doing now? Are they still contracted to Earache, or have they split up? SURELY, in the face of all these nu-metal reunions that\'s happening this year, we should expect a triumphant return from Addiction Crew!

Please don\'t take this as a slight on Earache, it\'s running or even Addiction Crew, I just can\'t get my head around what it is that made you think: \"An Italian rap-metal band with male/female duet vocals? YES, this is our new Morbid Angel.\" From: david.forrest@strath.ac.uk


Answer: Yes dude, no offence taken- I agree with your point that the band sounds totally different to 99% of the output of this label.Y'know, sometimes we aren't always looking for the next Morbid Angel.

Heres what happened-By 2002 or so, Earache's Italian band Linea 77- a hardcore band who veered into Deftones territory- had through sheer hard work begun to kick up a serious storm on MTV Italy who played their clips 10 times per day- they were proper TV stars in their home country, and would soon crack the top 10 there.Addiction Crew looked a fair bet to acheive similar success, plus the fabulous looks of singer Marta Innocenti was also a big part in the decision.The reason they got signed was a series of co-incidental factors and some clever marketing by their respected manager which led them to get on Earache's radar and convinced me to release the CD. I paid nothing to sign them and in Italy at the time they seemed to have a decent shot at fame.The record "Break In Life" was never released outside of Italy, it never was intended for release anywhere else, precisely so as not to upset the majority of Earache's death metal and grind fanatics here.Over time, I guess ebay and youtube put paid to that.

The band were not entirely without metal credentials- originally formed as Addiction, a straight up 90's metal band, they had toured with Sepultura, and had Igor Cavalera drum for them on the demo.The band had good connections, they were managed by Emiliano Lanzoni, an ambitious black metal scenester who had founded Code 666 records, signing Ephel Duath and Aborym.As a sideline he also ran Aural records as an offshoot for different styles of acts- Addiction turned into Addiction crew and guitarist/mainman Alex was highly ambitious for success- he chose to mutate the band into a more modern style and he recruited singer Marta for that reason.

Aural Music is the label where Addiction Crew reside today, with Axis of Perdition and Negura Bunget, if you can believe that!
Lastly, the band had a connection with up and coming Italian video director Paolo Doppieri who's video work is simply out of this world, and so all these things considered, we took the plunge on the band.Frankly speaking, another part of our reasoning was that the German labels were enjoying great success with Nightwish and Lacuna Coil so Earache was eager to have a female fronted rock act aswell.

As so often happens, the band did not tour, so the record did not sell as expected, MTV Italy failed to show the video and the band subsequently failed to catch on. At that point our interest faded.

Addiction Crew: What About clip directed by Paolo Doppieri

This blog is the nerdiest, most amazing thing ever.