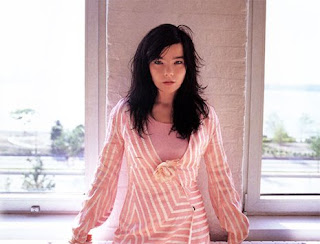 Question: how did the carcass remix of bjork\'s track isobele come about? it seems a bit strange that it exists. From:

Answer: Bjork is absolutely brilliant.She's a bona-fide worldwide star specialising in quirky Pop, and you know what, she genuinely loves Death Metal- in her artful way I guess she considers it highly avant garde, outsider music, which it pretty much is.

Her path has crossed with Earache many times over the years, dating back to the 80's when her first band The Sugarcubes- an Icelandic alternative/post-punk band coming from the anarcho-punk scene- had a surprise UK hit on the fledgling One Little Indian label. Founded by Derek Birkett, the former bassist in UK anarcho-punk stalwarts Flux Of Pink Indians, the tiny OLI label worked out of the Portobello Road premises of record pressing plant Mayking Records. Every early Earache vinyl release was manufactured at that plant- thats why Mayking is etched into the vinyl- so I found myself visiting the plant on a weekly basis, its where his wife worked actually, but Derek himself took me under his wing, as Earache exploded in late 80's he became a sort of ad hoc advisor/mentor for Earache's business dealings, because he had the experience and knowledge of running a successful UK Indie label. Derek has also been Bjorks manager for most of her career.

In recent years I recall watching Slipknots first UK show in London, turned around and there was Bjork in the crowd- she was loving the band's performance.Yes, Bjork is the real deal.

As for Carcass, the band were in their death-throes at the tail-end of the recording process of Swansong, an album they recorded for Columbia Records which was subsequently shelved by the major.Earache wasn't involved in those recording sessions but I guess Jeff Walker was cleverly reaching out to known Carcass supporters in the wider rock world as a means of making the band heard in more mainstream areas, it was a great attempt at self- promotion I reckon but it ultimately failed to save them from splitting up though. Carcass remixed both Bjork "Isobel" from the album Post and a Killing Joke song "Democracy" - the remixing process was basically layer the vocals onto left over riffs/songs from the sessions, the task itself was ably left to producer Colin Richardson to complete.

If the remix tracks were simply "left over" riffs/sings from the Swansong sessions, then please explain why they follow the exact chord progressions and melodies of the songs that they are remixing? You're not really giving Carcass the credit they deserve.

That's awesome, man. I started to listen her songs few months ago and it's very relaxing. It's good for balance with "Pyosisified".

Funny that because I heard Carlo did the guitar for Isobel as Bill had already left carcass! Could be wrong but I'm sure I read it somewhere!

The guitars weren't left over parts from the "Swansong" sessions at all, we had to write them specifically to fit over both remixes. Bill and I did the guitars for the Bjork one and I did all the guitars on the Killing Joke one, as Bill had already left. This one was just Jeff and myself in the studio. Colin wasn't involved in either recording, all engineering was done by Dave Buchanan and produced by ourselves.