Is anything shocking anymore? 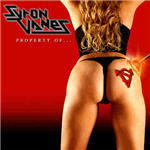 Question: Why do you think that now extreme metal bands can get away with more profanity than they could back in the day? The most famous cases in Britain are obviously the earache office raid over the john zorn incident and also the police arrest of ollie jones of desecration for their first record due to obsenity because their album featured lyrics about a pedophilic serial killer, other than the oceano incident its been relitivy quiet and do you think there is a way of a band overstepping the mark in regard to gore nowadays? From:

Answer: The early 90s was a different era- it was easier to be shocking because it was pre-internet and life seemed more innocent back then.The internet becoming mainstream in mid-late 90's meant masses of people could view whatever they liked (within reason) on the web.Sites like the trailblazing Ogrish which showed real-life accidents and gory disasters became easily viewable for the curious.As mass slaughter at breakfast time and televised beheadings became part of modern life, so it seems as though life itself has upped the ante on what gore-hounds deem "sick"- Ogrish was basically overthrown by liveleak.com.

The last band I know to suffer censorship was Scalplock who courted controversy by picturing Bin Laden on their CD sleeve, this was barely months after 9/11, and touched a raw nerve with the pressing plants and CD distributors.

Oceano caused controversy by accident when their bog standard stab at a Death metal type "Psycho butcher/girl" set of pics were removed from myspace within 24 hours and the band were threatened with account removal.
Myspaces act of banning the pics made them seem worse than they are, they sowed the seed into people's minds that the band must have done something really bad to deserve a ban, which perpetuates to this day.This episode was a wake up call, because it reminded us that the web space we all routinely use is actually owned by someone else, and they have regulations which we have to abide by, which I think is fair enough.

Bands nowadays have to go the extra mile if they want to shock anybody.Swedish band Syron Vanes have pushed all the PC-alarm buttons far into the red with their "Property of.." album cover.Blatant sexism on a modern-day record sleeve is actually quite shocking.Sophisticated it aint! But being retarded is half of its cheap appeal I think. 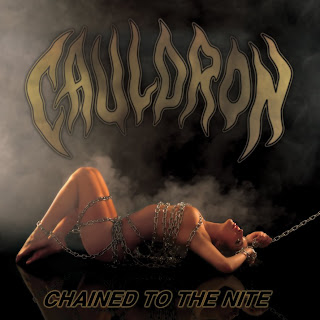 Earache itself does like pushing the envelope creatively, the edginess of flirting with taboos is what makes great art exciting, so we encourage our bands to walk that line,then wait and see what happens.One new release is stirring up a hornet's nest right now- Cauldron's album is not even out yet, but the cover for their debut "Chained to the Nite" has already run into trouble with the USA's biggest retailer chain Best Buy refusing to stock the record, forcing us to make a second sleeve available.
Posted by Digby at 10:58 PM

Some people are so fucking moron, man. They consider offensive if you have just a PICTURE on cover albums that shows a body in a process of decomposition (which is just the way the nature works) and it's okay if you use law enforcement to censor artwork that you don't agree with as the government did to Cannibal Corpse and Last Days of Humanity in Germany. If you don't like gore/splatter art do what I do, don't look at it.