Who was most important Metal band of 90s? 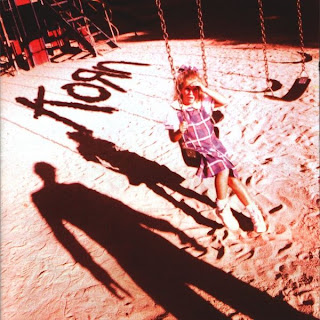 Question: Heres a general metal one for you, who do you think the most important metal band of the 90s was? Personally i thought it was TOOL simply because of the fact that their influence has been felt through death metal bands through to Alt rock bands. I personally remember talking to martin from decapitated about the contrast in their two bass players paul d'mour and justin chancellor and how tool's use of polyrhythms was an influence on decapitated. Also im sure cult of luna would sound very different if tool didnt exist, and also candiria. From:

Answer: Depends if you mean important as in musically influential or important as in biggest-selling and popular? NIRVANA popularised grunge and changed the course of music in the process, but I doubt they can be called Metal.I agree with the choice of TOOL - a great pick, but were they most important? I dunno. Now we have the benefit of hindsight, almost a decade has passed since the 90s-and my choice is KORN. I reckon KORN were the most infuential and also biggest selling of the 90s metal acts,so they score on both counts.

Korn are certainly not cited as an influence by any of the Earache label acts, I dont even count myself as a major fan either, but their achievments in popularising heavy music can't be overlooked. Within the Industry, their sales acheivements are staggering for a heavy-ish band, and they deserve a certain amount of respect for not deviating too far from the Nu-Metal formula they pretty much singlehandedly created.

It could even be argued that their sound was highly avant-garde and experimental for the time, mixing Hip Hop and angsty, raw to the nerve rock to a bass-heavy chugging riff was unheard of before Korn.The Nu Metal scene was so strange as heavy-ish music was for the first time ever marketed by all the major labels like Pop music. 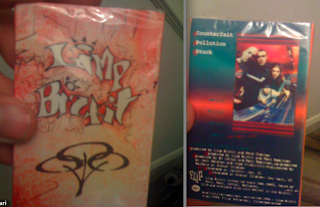 Talking of Nu Metal, I was rummaging through an old box of demo cassettes the other day and found this- Limp Bizkit's original 3 song demo, on Florida Indie label Flip records.Its still sealed so I guess I never even played it!


Heres KORN with Twisted Transistor
Posted by Digby at 12:29 PM

I would agree with the mention of Korn. Even if most (extreme) Metal bands won't cite them as an influence, their sound simply overshadowed everyone looking for the extreme. Anyone tunning down its guitar owes a bit to Korn, in some ways. They made lower tunning popular and, sadly, trendy.

Sepultura and Pantera also contributed a lot to development of the 'modern metal' sound. These bands redefined extreme music and made it popular beyond expectations back then.

Now, we should also ask who's the most influential bands of the 2000s?