Why no signings of bands from obscure countries? 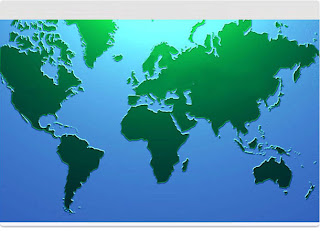 Question: Do you think its important for labels to look outside the usual countries in which bands are normally found ie uk, usa and australia? I mean look at the now defunct japanease deathcore band Infected Malignity obviously they came from the dying fetus/misery index school of deathcore however i feel that with a larger label pushing them they could have gone further because their sound rivaled some of the western deathcore bands. However ive heard before that there can be problems signing bands from thease non usual metal teritories as occasionally they can not be accustomed to playing live due to a lack of a scene, is this true? From:


Answer: The appeal of metal music - in all its sub-genres- is truly global and if you look closely enough at any country on this planet you can find metal or hardcore punk bands existing, and in most cases thriving, often under the most dangerous of circumstances. Maybe you have seen the story of the Iraqi metal band -Acrassicauda who were 'discovered' playing metal in Bahgdad and feature in the Vice film "Heavy Metal in Bahgdad'.They moved to Istanbul, for relative safety. 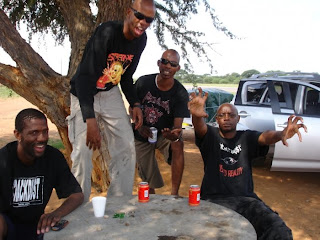 Its quite the hipster pastime to discover ever more obscure bands. There is a very great Bad Brains style rock/metal act called Orange Sky from Trinidad and Tobago, and from Botswana comes a decent Death metal band Crackdust.See Crackdust pictured right. Death metal also exists in India with Demonic Resurrection.

The reason the bigger Metal labels don't sign any bands from far flung places is pretty much because of the hassle dealing with bands who are not located in the major metal hotspots of the globe which are USA, EU and Brasil, Japan & Australia. Touring is the main problem, not just the cost of flights, its the red-tape involved in bringing musicians into the major selling markets to tour.As tourists you can travel most places but musicians are classed as temporary workers and come under a lot of laws restricting movements.

The govermments of the world restrict the movements of people and workers more than you can imagine, its not like US or EU where people can live and freely migrate to anywhere they like within its borders.

Earache found out the hard way when we signed Polands Vader about a decade before the EU included Poland, read that story here.Even in recent years Hungarian band Without Face were signed on sub-label Elitist and had a lot of restrictions, they could not enter USA for instance.The dude singer of that band now lives in Nottingham, UK. These are bands from countries now part of EU and they still have travel restrictions.

The cost of a visas for a UK band to tour USA is around $3000 which is a pretty big hurdle, its what prevents a lot of acts from outside USA from touring there.The US immigration authority also needs to see evidence of record sales and press clippings (at least 30, in English) before they will grant a foreign act a visa for a USA tour. Its tough.

On the flipside US bands can tour EU without any visa requirements or at the most it costs a mere $300 visa for entry into the UK, and is usually a formality.

These are the main reasons the bigger metal labels don't take more chances on bands from far flung countries.