Which bands did Earache try to sign, and miss out on? 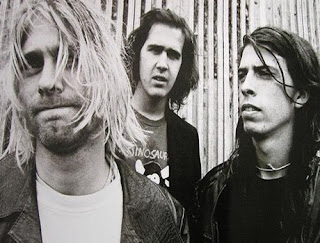 Question: Hi Dig. Over the years have there been any notable bands that you have tried to sign that got snapped up by another label or any bands that you turned down that with hindsight you now wish you had signed?
Many thanks for answering my Domination Slime Pack question, can't believe it's worth $1200. Amazing.
Cheers,
David. From: dave666hume@hotmail.com

Answer: Interesting question Dave- Earache has signed our fair share of the more interesting extreme metal bands over the years, as you can see from the A-Z drop down menu/list of Earache bands past and present on our website.

As for bands we tried to sign, and failed to get, for whatever reason, below is a list off the top of my head. Actually I can do better than that, because recently I found the folders/files I'd kept of the "bands we never got"- see the screen grab right off my computer (right).It made my eyes water seeing how close we were to signing some of the most influential metal bands of recent times. Oh well.

On many occasions these bands were virtual unknowns at the time of our interest, and we would have had various stages of face-to-face talks or in some cases actual contracts were issued. Most common reason we didn't get to work with the band in question would be because they preferred to choose another label with a more attractive offer instead. Which is fair enough. We genuinely didn't lose any sleep over them, because none were recognised big selling names or had released more than a well-received debut at the time of our interest. It's quite fun to reminisce and look back at our past failures.

One band on this list who I forgot about is Alligator Gun.This short lived early 90s Mid-West US band made the most incredible poppy-punk songs, and were at least as good as the mid 90s Californian pop-punkers like Green Day or Blink 182, but they predated the coming huge selling pop punk scene by a decade, so the breaks never went their way, sadly.

To be honest, many other labels could boast similar lists, probably waaaay more extensive than mine, because its quite usual for all the labels big and small to pick up on and approach any buzzworthy bands.

We know of some of hottest new bands nowadays can take their pick of up to 12 different label offers, so most labels do lose out on bands, most of the time.

See blue link for deeper story of Earaches involvement with each band.

Nirvana story here.
System Of A Down
Cradle of Filth
In Flames
Burzum
Opeth
Emperor
Job For A Cowboy
Suicide Silence
Between The Buried and Me
The Red Chord
Career Suicide
Panic Cell
Converge
Satyricon
Nachtmystium
Alligator Gun
Vomitory
Decadence
Sylosis
Posted by Digby at 11:29 PM

You once mentioned passing Sepultura and regretting it I think?