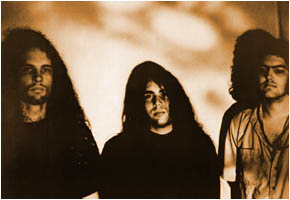 Question: Earcahe did a crucial service to the underground music scene in the late80\'s/early90\'s, releasing several landmark LP\'s, and putting grind on the map. Most of the stuff has been kept in print with one exeption-Old Lady Drivers! Plotkin and Dubin made some of the most diverse, eclectic and influential music of the last decade, but finding it is difficult. Lo Flux Tube, Sleastak, Formula, Hold on to Your Face-are all out of print, not to mention the fact that the first LP never got a CD release! While I realize that re-issues of OLD material won\'t exactly be a cash cow for Earache, it would be worth it to preserve musical histoty! Re-issue CD\'s with extra trax-like the 3 songs from their split 7\" with Assuck-would be awsome, and essential listening for kids who have never heard them! Perhaps I\'m flogging a dead horse here, but it\'s worth a try, after all it you guys put out AC\'s \"It Just Get Worse\" Cd, so I figure that $$$ can\'t be the ONLY consideration. Thanks for reading! From: stephenfeltner@bellsouth.net


Answer: thanks Stephen for bringing up the ASK EARACHE readers' favourite topic once again it seems- OLD LADY DRIVERS!!we recently offered to manufacture 1000 Cds of the debut from 1988 - first time on CD- but no distros have so far been interested to take them.So i guess its back to Ebay if you want to hear the classic Plotkin/Dubin songwriting combo- not forgettting the long forgotten speedy drummer Ralph Pimintel's contribution!!
OLD suffered because in 1988 Cd was not the standard format for earache , it was still Vinyl LP only days..so here we are al these years later and still no CD.
Posted by Digby at 1:20 AM