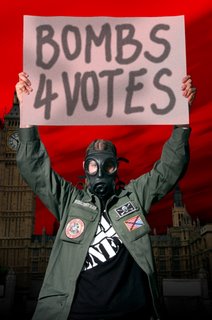 Question: when is the scott brown remix of \'ewigkeit - its not reality\' due for release? From: kannix_in_the_brum@hotmail.com

Answer: yeah we have been a bit slack with this gem of a remix by the God of UK bangin' hardcore techno himself- Scott Brown..its been planned to be released for retail sale on an Ewigkeit 12" and CD single for a while now, along with a different dancefloor re-mix of the "Its Not Reality' track by Ewigkeit mainman James Fogarty himself. When Ewigkeit plan some live shows I think it will see the light of day.Meantime you can see the very interesting video clip for the track.
Posted by Digby at 1:17 AM