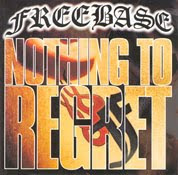 Question: Being as earache kept on trucking as normal during this period im wondering did you have any interest during the 90s uk hardcore scene when it was running? bands like knuckledust, disco assains, stampin' ground, public disturbance etc. its just that earache seemed to be uninvolved during a fertile time. From:

Answer: Yes you are right, Earache watched those bands you mention progress but made no attempt to sign any during this period of development of UKHC during the mid-late 90s. The UK Hardcore scene back then was pretty cliquey and incredibly snobby to a lot of metal, including Earache I would say. It would be quite a few years before chug chug Metalcore as popularised by Hatebreed on their 2002 'Perseverence' album made metal riffs acceptable to hardcore heads.

You might not recall it, but for a long time the HC mindset has not always been to appreciate Death metal or Metal in general, in fact it was looked down upon. Metal being rooted in fantasy and therefore not real, it wasn'nt deemed 'hardcore" enough for a lot of scenesters, because its roots were'nt from the streets as Hardcore's roots were. In the 80's and 90's Hardcore used to be shorthand for Hardcore Punk, not Hardcore Metal.

I was really into London's KNUCKLEDUST because they were easily the heaviest band in the UKHC at the time, also I personally liked a band from Northampton called FREEBASE because the singer Mark (pictured onstage above) was an open-minded HC scenster who loved his metal and death metal, and later, classic rock.Mark bacame a great friend of the label staff and being a party-animal like us, would be the life and soul of many an Earache Xmas party during the 90s.After his band split up, he helpfully acted as van driver for Deicide and Decapitated during UK tours.

Stampin' Ground were an exception to the 'no-metal in HC' rule- they veered into Slayer territory early on and became almost a full-on thrash outfit.On paper they should have been perfect for Earache to work with, but somehow our attention was elsewhere at that time, probably because I felt ragga-metal like Dub War was more contemporary.Scott Atkins guitarist of Stampin Ground is now a hot Producer, responsible for stellar production jobs on Sylosis and Gama Bomb. Ian Glasper of Stampin ground is a successful author of retrospective books documenting the 80's and 90's UKHC scene.His latest book Trapped In A Scene is out next month.

Scene politics also meant that it wasn't cool for a label like Earache to simply muscle into those bands back then, because smaller labels like London's Household Name were already working with Knuckledust, and Denmarks Die Hard offshoot label for HC 'Hard Boiled' were working with Freebase. We respected the HC labels and the label owners who put in the hard work to promote their bands.

If you want to see the roots of where Hardcore Dancing came from just watch these amazing Knuckledust fans in action back in the day: