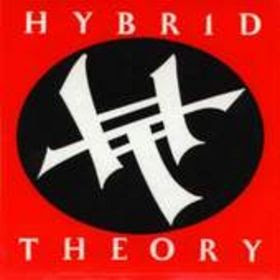 Question: Hello, I'm searching for this cd http://lp-collection.net/e107_plugins/content/content.php?content.336 I'm asking you because a lot of sites are saying that you are gehind this promo cd. If you have one or couple of them left, I would redy to pay for them. Thx for your attention. From: Yugialex@gmail.com


Answer: We wouldn't have minded Hybrid Theory on Earache,but they were a Warners nu- metal signing to ride the late 90's Nu Metal wave.I believe the label rather cynically forced a name-change to Linkin Park so they would appear right next to Limp Bizkit in the racks.The band were late to the party, but because of the strenght and radio friendly nature of the songs, went on to be the most spectacularly successful of the nu metal breed, selling over 10 Million records on the debut alone. 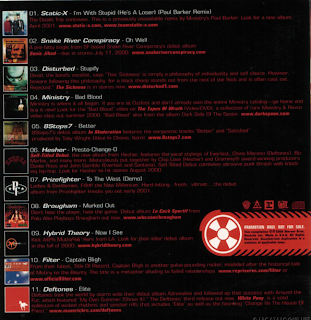 This CD is a sampler for Djs and radio stations (not sold to the public) put together by Warners showcasing their acts - like Disturbed, Static X, Filter and Deftones appearing on summer Ozzfest 2000 tour in USA- it includes the song "Now I See" by Hybrid Theory which doesnt appear on the Linkin Park debut, so its probably the only appearance of this song as Hybrid Theory- I guess it is really rare and pricey for wealthy ebayers only.

Your confusion comes no doubt because the album is called the Wicked World of Warners, and Earache did have a sub-label called Wicked World,and we are distro'd by Warners so I imagine we showed up high on your Google searches.

Sorry to disappoint ya dude, but no, we did not release this sampler. Cheers for the interesting question though, and good luck in your quest for a copy.
Posted by Digby at 8:57 AM

Hello, thank you for your answer, just found it in google.^^
I'm running the site which I put a link of in my email. The song Now I see, was renamed in 2000 to "With You" which appears on the Hybrid Theory album. And I already got a copy of that sampler from a friend of mine, but thank you very much for your attention.