Should bands self-produce their album? 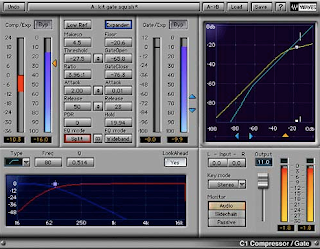 Given the proliferation of affordable recording equipment and information on the subject via the net, its now possible for bands to produce high quality recordings in the home/garage/rehearsal room (including art if they are PS or Painter savy enough). Has Earache, or, would you ever considered signing bands that have come to you an already finished album, perhaps more on a liceance basis? Or do you prefer to keep things inhouse so to speak, funding bands to go to commercial (in that they are paid services) studios in order to maintain a basic level of quality for the recordings?
Love this blog, its become a regular read.
cheers
Brooke From: azashuk@yahoo.co.uk


Answer:We have released bands debuts that they have funded/recorded themselves under their own steam before being signed in the past sure, Sleep and Misery Loves Co come to mind, but its not that common.

As you say, it is technically possible for bands to self record in their rehearsal room nowadays-its possible to record using versions of Protools or similar recording/mixing software on a laptop.Many bands do do it this way now, for instance the Earache band Biomechanical recorded their album 'The Empire of the Worlds' in the singer John K's living room, with the sound going straight into a computer for the sound to be processed and later be mixed.

At Earache we are open to all types of recording methods, and after we sign a band we have a discussion about how to get the album the band needs, sonically. We don't have a favourite method because it depends on the style of band.These days its very pricey to undertake a full blown 80's style analog session, using vintage equipment, SSL desks and Ampex tape reels,there aren't even many studios still around that offer this, so its typical that most bands do record at pro-tools studios, its so much cheaper to do things fully digital.We are constantly amazed by the sonic quality of demos we receive, most sound fairly great, and its obvious that many superior quality budding audio-engineers are already out there.

What bands don't realise is that some important parts of the process of making a killer album are lost when doing it as a DIY project, namely the input of an engineer or producer- basically the critical input of a non-band member can dramatically improve the performance level and results in a better album eventually.

The main thing that Earache does is immediately raise the expectation level of our acts on signing.We strongly recommend our acts work with world class producers, we know the ones who are suprisingly amenable to new bands - we got Flemming Rasmussen to record Evile's debut which was simply unthinkable to them, when the band were still unsigned for instance.

We've hired most of the extreme metal world's leading producers, sometimes very early in their production careers and they are all quite obsessive about sound, its amazing being in the studio with the likes of Colin Richardson or Andy Sneap- they hear stuff that mere mortals like myself can't hear and have a magic knack of coaxing the best possible performances out of bands. Even tho they are using the same software and audio plug ins as the rest of the recording community, its their uncanny people skills and attention to detail which elevates them to the ranks of world-class producers.

PS Here's a more comprehensive list of Earache bands who self-produced their own albums in own DIY studio (some recorded in home studio but mixed elsewhere at commercial studio)- its much more common than I thought.

i've had people say they sound either really good or really bad, but both SSS albums were self engineered and produced too.