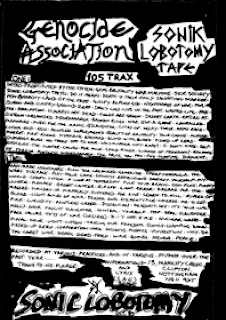 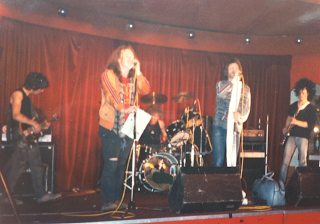 Music videos made in the 90's were damn expensive. 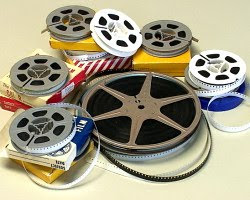 Question: Hello,
I was reading your blog and saw that the Cathedral video for witchfinder general cost 25 grand to produce.
That must have been quite a large cheque for Earache to sign off in the early 90's. How did you decide to go with that song, from Cathedral? Also, what was the plan for making that kind of money back as 25 grand is allot of money for an indie label to spend on a song which would never sell the number of singles needed to recoup that cost (I assume anyway). From: williampellett@gmail.com

Answer: Yes I agree, the label spending approx £25,000 for that Cathedral video to be made was total madness, but that was the standard, reasonable, mid-size budget for a decent metal video at that time. Everything about the scene was different in the early 90s, death metal and grindcore was hip and new, and the bands were regularly selling 100,000+ copies in America alone. MTV actually still played videos, even on occasion death metal videos, so MTV was the reason these kind of videos were made in the first place, because back then, even a handful of spins on MTV/ Headbangers Ball could launch or seriously boost a bands career.

It was a heady time for the death metal/grind scene- big money was spent, all with the expectation that the Earache bands would form the next wave of Platinum Rock acts. This was Earache's intention, but sadly things didn't quite pan out that way. Its worth noting that labels rarely get artists calling a halt to the stupidity of spending vast sums of money on videos for them- apart from Bolt Thrower who hated videos, I've yet to come across it- mainly because vanity takes precedence over financial common sense a lot of the time.

Earache for a while had 7 bands licensed to major companies, Cathedral was one of them, they were licensed to Sony/Columbia in USA between 93-95, so luckily the major bankrolled a lot of these costs, making it easier for Earache, as a genuine Indie, to swallow. Bands nowadays can make clips suitable for MTV on budgets of £3000 or significantly less, easily.

What you have to remember is that film technology in the early 90s was analogue, bulky, expensive and basically crap. Filming took place on actual reels of film, all editing equipment was hardware, not software. Nowadays my iPhone can shoot HD video - anyone with a creative imagination can make a decent music clip for $300 now, but as ever its the creative vision of the director which is of the most premium value to any clip.

I remember a famous Michael Jackson video at the time reportedly cost over $1,000,000 and this cost was mostly due to the buying of scarce computer time to render a sequence where his image shatters into a million pieces across the screen. Nowadays this effect come as a free preset on even the most basic video editing software.That's how much technology has leveled the playing field.

The Cathedral clip features footage from the Vincent Price movie aswell, which I think was a bargain to acquire from the copyright holders, maybe £1000 tops. Then the cost of the studio hire, lighting, stage set and decoration, wardrobe, plus the hire of actors and actresses appearing alongside the band. Did you see a horse in the clip? that's definately not easy or cheap to hire! Plus the director fee on top, it all adds up.By far the most expensive part of the clip would have been the film camera hire and film stock, and the costs of tape transfers and subsequent editing time at a film editing suite, though.

Hope this explains the thinking behind the costs of the clip.

While we are talking about clips, here's UNKLE : Rabbit in The Headlights, which is widely regarded as one of the best music clips ever made. 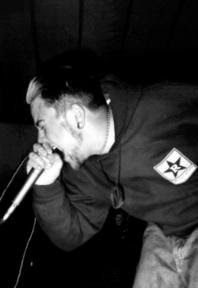