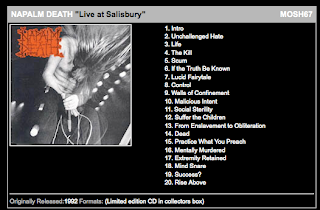 The Browning are Electronic Deathcore. 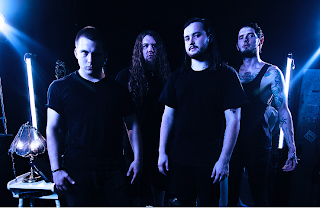 Question from Skingame (skingame666@gmail.com): I like what I hear by The Browning online but how come Earache signed them, and where do they come from?

Answer: Well glad you like 'em Skingame. The Browning are a brand new band from Fort Worth Texas, and appeared on Earache's radar late last year because Noah the drummer is a fan of some of our Death metal bands- Decapitated, Carcass etc- and happened to send us some early material by his band, which featured Jonny McBee (ex-As Blood Runs Black) on vocals & electronics.

The band name raised some eyebrows, but I immediately loved their electronica-meets-Deathcore style because it was so well thought out and cohesive. Unlike 1000s of other hopefuls, the band have a great ear for songs and seem to meld the two genres of Metal and Electronica effortlessly into a unique package. Its harder to pull off than you think. The band also have no singing "emo" vocal parts, its brutal vocals all the way, which I like.

They are hardly the first band to mix electronica with metal- there's a UK band which has been mining that field very successfully for a couple of years called Enter Shikari.

The Browning's mainman Jonny McBee has a deep understanding of, and instinctive mastery of all types of DJ culture & electronic music- the best thing about their upcoming album 'Burn This World' is that it is far from a one trick pony, its a genuine genre mash-up masterclass. The Browning offer so much more than the hackeneyed Dubstep-meets-breakdown type of deathcore which is all around.

Their album does contain one Dubstep-meets-metal song, but there's also plenty of seriously bangin' Hardstyle -a more underground form of hardcore techno - beats aswell. The album is littered with electronica-style glitches, even some 8-bit chiptune parts, but best of all is the overall catchiness and aggression of the songs.

Heres The Browning clip for 'Time Will Tell' from last years digital EP.