How much money do metal bands make, really? [BLOG POST] 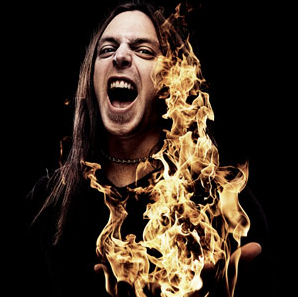 Question: Dig- Since your very open and honest about the "business" of the music biz- can you just help set it straight on what the bands make as their "pay" JUST from album sales/downloads and what is Earache responsible for? This may help shed light on how music sales influence tours and what promoters are willing to pay, etc,etc,etc. Tie it together for everyone Dig!! From: slipskak@gmail.com


Answer: Wow - what kind of a question is that? Its impossible to answer, the phrase "How long is a piece of string?" comes to mind. In short, bands generally make between $1- $2 per CD album from a record label, and the same amount again is earned by the songwriters. Bands can make $3 per T-shirt when sold on the road. If signed to a label then the band don't have to risk any of their own money to do this, because the label will invest in the recording, manufacture and distribution of the record, print the shirts , aswell as pay the huge costs of advertising, marketing and especially touring to boost that bands career. Some DIY bands do choose to undertake all this work themselves,often financed by a wealthy parent or whatever, but its quite a risky enterprise as its a proven fact that 9 out of 10 bands eventually fail and split.

In terms of income levels in the scene, it is massively polarised. Most bands earn way less than you think, I mean barely on the breadline, but a select few artists at the top of the game earn way more than you can ever imagine, a handful are extremely wealthy individuals. Some people in the industry estimate that the total number of musicians actually living from their music is just 30,000. That's in all rock type genres. See report. On MySpace approx 10 million artists/bands signed up, but only 100,000 of them have ever gained a significant number of views/plays, and a mere 10,000 bands on MySpace are what you could call pro or semi-pro bands. Thats a measly 0.1%.

Disregarding the classic, household name rock/metal legends of the 70s, 80s, 90s, and ignoring the bands from the nu metal explosion, the basic truth is very few modern bands - maybe a few dozen tops - are living the champagne lifestyle from playing modern Metal music, and the number of new bands/musicians who have recently become millionaires in the UK/Euro metal scene - well you could count them on one hand. I'm betting that Dani (Cradle of Filth) would be one, and Matt Tuck (Bullet For My Valentine) is probably the newest member to join this exclusive club (see pic), with Michael Akerfeldt (Opeth) and Oli Sykes (BMTH) waiting in the wings to join them soon.

The harsh truth is- nearly every band that you see trekking around the metal/rock club circuit up and down the country every weekend is dirt poor- 95% are not making much money- if they were into that, they'd be playing indie or pop/RnB instead. To be honest its a rare metal band indeed which can operate on a full-time professional basis, ie all the members make their living exclusively from their music. It might seem weird to outsiders, but this is a business where earning a standard level wage from music is actually considered as "making it".

In the modern era where fans download music for free, the main income for bands on this circuit comes from selling T-shirts at gigs and the fees they can command from clubs and promotors to perform. What can appear to be pretty lucrative topline income is often swallowed up by the immense bottom-line costs of touring- tourbus, backline, crew etc- which can be eye-wateringly huge. Even with biggish fanbases, most bands are barely breaking even on the road. Its only when bands can attract paying audiences of 1000+ that serious, big money gets earned. Bands supplement their incomes with part-time jobs or having understanding girlfriends, and getting more common these days is giving music instruction lessons to newcomers, which can be very lucrative. 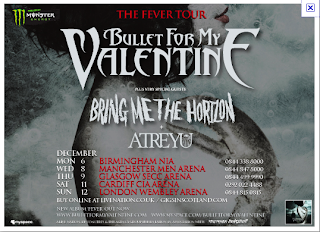 One thing the successful bands have in common is- they are headed by super-smart,tough, ambitious and driven individuals who have worked unbelievably hard at their craft,often toiling away unseen for years before 'breaking big'- so what can appear like overnight success is nothing of the sort. Often powerful management or media companies have helped orchestrate their success from behind the scenes aswell.In the case of Bullet For My Valentine the label 20/20 appears on the back of their early releases, bizarrely, this a spin off label from TV company Endemol which was responsible for the Big Brother brand of reality TV shows. BFMV's management team Raw Power are connected to Iron Maiden also. With heavy industry hitters like these backing them, their success was assured from the outset.

I always advise our bands to read the biographies of say AC/DC and KISS - the opening chapters are not stories about glamourous parties and recording sessions in luxurious surroundings- its stories of enduring hardship while criss-crossing Australia or USA in a station wagon, playing to small crowds but building up their fanbase and honing their stage craft which has since seen them go on to become two of the highest earning rock bands ever. All the superstar bands worked their balls off to become so.

On rare occasions bands can and do make their fortunes from a pure lucky break though. In the mid 90's London's cyber-industrial act Cubanate (who once toured with Carcass) were an outfit struggling to make their name, just like a million others. By chance their new USA label TVT was involved in putting music together for a new driving game called Gran Turismo due to come out on a new console called PlayStation. To pad out the number of songs available on the game soundtrack 4 Cubanate songs -out of only 10 total- were added. On release the game immediately caused a sensation and became a PlayStation must-have game, selling 6 Million copies very quickly. The first royalty cheque Cubanate received was for a lottery-winning amount.After this amazing slice of luck, the mainman retired from the biz a rich man, but his band had never at any point sold a significant number of CDs.

Nowadays video game companies know the power of their platform and treat the music they place in the game with zero respect- they pay very little for music these days. We have several acts appear in Grand Theft Auto offshoot 'Lost and the Damned'- and were paid a token £1000 max for each.

Topspin CEO Ian Rogers recounts how the chances of making a living from music are very slim -simply because so many others are striving for the same thing, the odds are stacked against you by the intense competition: