Woods of Ypres WOODS 5 is coming on CD and vinyl Feb 13th. 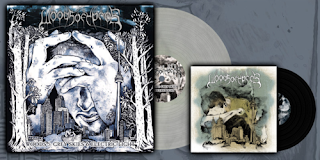 Hello, just a few questions about woods of ypres products. I'm looking to get all the albums on vinyl but haven't been able to track the older ones down. If you have any leads, please let me know. Also, could you tell me if you're going to sell the vinyl of grey skies and electric light? I definitely need a copy. One last thing, Davids death rocked our circle of friends as we'll as the metal community, if there is anything I can do to help his family in any way, please let me know. Thank you,


Answer: Hello Chris, like yourself, our thoughts go out to all those affected by David Gold's tragic death on Dec 21st 2011- his family, friends, bandmates, and fans have all been devastated by the news, but it has been reassuring to watch the metal community worldwide rally round and show support. To be honest, it still doesn't seem real, feelings are raw.

David was putting the final touches to the magnificent Woods 5 album, checking out the mixes from John Fryer, planning the track sequence, choosing artwork and that kind of stuff, meanwhile we were planning the debut UK showcase gig for Woods Of Ypres to take place in February. Things were looking up for the band after a decade of being a struggling DIY outfit, because a global release and touring was on the cards. Not to mention they'd just put to bed their most evocative, emotional and best album ever. 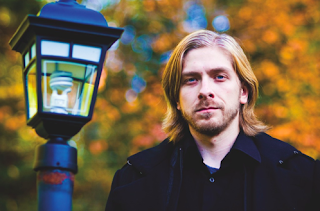 The first time we noticed something was amiss was when metal journalists reported back to us in mid-December, genuinely worried about David's severely downbeat and world-weary outlook during their phone interview. A few days later David Gold was tragically killed on the highway outside Barrie, Ontario in his homeland of Canada.

Like many, I only got to know David through his music and art in the last couple of years- but I'll always remember him as a highly intelligent and frankly, a creative genius. Woods 4 was my album of the year 2009, and Woods 5 was already a quantum leap above that. 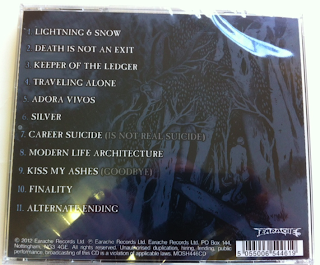 Immediately after his death, I tweeted the download link for the promo version of the Woods 5 album as I felt people should get to check it out right away. Now a month later we have the physical album on vinyl and CD in production for a February 13th UK release date -2 months later in USA stores - this delay is due to longer pressing plant lead times stateside. iTunes and most of the leading digital outlets will carry the album from Feb 13th, we hope. There is also an extra track 'Keeper Of The Ledger' which didn't make it onto the promo version- it was being held back for an iTunes exclusive - and the song sequence is slightly altered to reflect David's final track-listing preference. Fans might consider it weird that there's no picture of David on the sleeve or packaging, this is because David had yet to chose which pics to use prior to his passing, so for the label to add a pic he'd not personally chosen, made us uneasy.

To clear up any misunderstanding, Kiss My Ashes (Goodbye) on the final release is parts 1 and 2 segued together, making an epic 10 minute track. I should stress that the promo album file which was leaked (legally, by me) right after we got news of Davids passing was exactly that- a promotional version of the album- designed solely for journalists, who are notoriously hard to impress. It even had the band name in an 'easy to read' font on the cover instead of the logo. What you downloaded was a work-in-progress, what is being released on CD/ LP/ DL is the final, official Woods 5.

Another subject of heated debate is the future of the band. Within a few days of David's passing, while feelings were still raw, his family and fellow Woods Of Ypres band-mate Joel Violette made a statement. In it, Joel mentioned the vague possibility of carrying on with the band because he and David had so much unfinished material they were planning and working on. Even though his statement was extremely respectful, heartfelt, and included many caveats, it came under criticism from online bloggers for some reason. Such criticism was harsh and unfair in my view. Please read David's final email interview for UK's Terrorizer magazine, where he mentions Joel's contribution to Woods 5 - see pic above. STOP PRESS: At the time of writing, Earache understands there are no plans for Woods Of Ypres to continue. 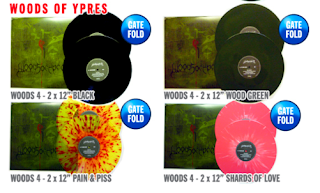 As for the previous albums- Woods 4 : The Green Album is already available to buy on vinyl, with several special coloured wax options, see pic.

For the early albums Woods 1,2 3, there were vague plans in place for Earache to issue them on CD and vinyl during the rest of 2012, which we will certainly do to honour David Gold's legacy and make his body of work complete for fans to enjoy.

Here's a poignant song from the album - Adora Vivos: