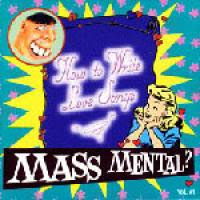 Question: you'll prob be able to answer this, I wonder if you can confirm or deny this scene rumour? Was Robert Trujillo now of course of metallica, really brought into dub war by benji webb as an attempt to save the band after the departure of some of the original members? From:


Answer: Yeah its true, but not quite for the reasons you stated.Benji - current vocalist of Skindred- had his first band Dub War which was on Earache for 2 albums in the mid-90s, and they did Ok, given the ragga-metal they pioneered wasn't even a genre back then. To many listeners the Newport crew's music was pretty alien, being a cross between dancehall ragga with occasional soulful sung vocals with heavy-ish rock riffs, this of course is pretty much why I signed them.

Meanwhile California's Rob Trujillo was playing in Suicidal Tendencies/Infectious Grooves and I think the two bands must have met when playing a Euro festival. Benji and Rob became good friends and made plans to do a project at some point together.

Earache released Dub War from the contract because the sales had dropped off significantly between the debut and the second album. For a short while Benji was contracted to do a solo album for Earache, but our interest faded to zero when he unveiled his desire to persue a pure Hip Hop direction instead of rock.

So Benji was without a record deal for about 2 years, during whch time he flew to LA to add vocals to the project Rob was working on. They named the band Mass Mental and the album is mostly bass-driven, funky rock with Benjis trademark ragga chatter in full effect.Its kinda like a Dub War meets Infectious Grooves album. Strangely the resulting album "How to Write Love Songs" was only released in Japan, I am guessing that Robs contractual commitments meant it couldn't be released in USA or UK, because it weird that I've never seen a copy.

From memory, the album disppeared without trace on release.

Back in Newport, Benji regrouped with his core musicians to form Skindred- ironically the band contained mostly ex-Dub war guys.Skindred signed with the Beiler brothers label, which is part of Atlantic records.

Rob meanwhile auditioned for Metallica for the vacant bass player position, and joined Metallica in 2004.