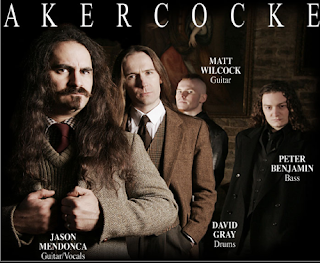 Any plans for Akercocke vinyl releases? I'm sure a small run of Choronzon would fly out of Earche HQ.

yes, i second the call for akercocke vinyl- would be a great thing!

Well, i was looking for news on jason, and i found your blog, i finaly know where to get the right information about earache. I was surprised to see my video of ackercocke's performance in april 2011 in chaulnes, shared here. Now i understand why it got so many views. Anyway, thank you for the great answers you give on this blog