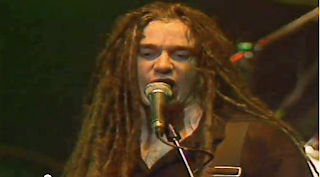 Who cares about this PRICK's haircut anyway?

obviously at least one person, seeing as they wrote in. Still, unpicking dreadlocks... that takes some effort.

We tried that with Steelrider's hair back in 2002 and most of it broke off as we were combing through it; he had to grow most of it back naturally. Jeff got lucky!

We tried that with Steelrider's hair back in 2002 and most of it broke off during the process; he had to grow most of it back naturally. Jeff got lucky!

you must do as you seem upset by it, i bet you own all Carcass stuff too

crap then and crap now

What an irrelevant thread!
The original post, the reply from Earache and the responses from other "fans" proves beyond a shadow of a doubt that music, finally, is dead.

He's the greatest Death Metal vocalist of all time and his hair is fucking awesome.