The changing face of the underground metal fan in the MySpace/Facebook era. 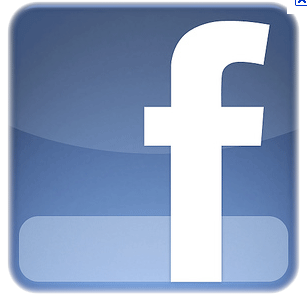 I'm a regular reader of the blog and I would be interested to know what your view is of the state of the live music scene today in underground metal. I attend a lot of small shows and it seems to me that low turnouts, hostile venues and general apathy is the norm nowdays despite some great bands and lineups on gigs across the country, but I remember gigs 10-15 years ago being a different matter altogether. I recall always turning up early to catch all the support bands for shows incase I should uncover something great - now I often see supports play to crowds that consist solely of their girlfriends and the other bands. I know huge festivals and arena metal bands are doing better than ever, but do you think its the case that for todays 'quick-fix' Myspace crowd the small scale gig has lost its lustre, or am I just having a case of rose tinted glasses?
Cheers
Luke From: evilluke@rock.com

Answer: This is Reanimator Luke asking yeah? Hiya and welcome to the blog.I know exactly where you are coming from dude- apathy has always been there, but there's a new kind of problem at the smaller underground gigs where younger type metal bands play.I've seen the exact same thing as you many times - where a band takes the stage during a multi-band bill, they play a set only to their smattering of friends and girlfriends who go nuts to the band, then they quickly leave the club en masse, almost to show their active dislike of the next act. Meanwhile the next band take the stage, their friends and girlfriends take to the floor and the process repeats. All 'scene unity' as we used to know it is gone from the younger crowd. Teenage bands treat gigs as one big 'battle of the bands' now. 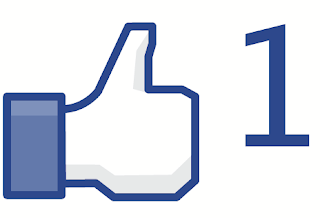 Its sickening for me to see, and the root cause is undoubtedly the massive rise and scale of the social networks in the last 5 years.Myspace/Facebook/YouTube have given instant power and information to anyones fingertips.Between them, they have actually changed the way millions of people go about their daily lives, and their cultural impact on the entire music scene is only just unfolding.It's altered what being a 'fan' actually means - clicking the LIKE button on Facebook is the new 'bought it on the day it came out'.

Back in the recent past, say up to 2006, there was still a cohesive scene where fans felt a belonging to a style of music. A fan felt a natural affinity to a whole scene and pretty much embraced most of the bands within that scene. Not anymore- the new crowd go to a show to see one single band only. Things are getting fragmented to the point of absurdity. Its worth pointing out that in my experience its mostly the new teenage Deathcore bands who seem to act like this- young Thrashers and the new young HM fans do thankfully seem to embrace the whole of the scene, not just one fave band.

Social Networks have also had the the opposite effect aswell- turning people more sheep like in their tastes. People are too lazy to make up their own mind, its just simpler to follow the crowd. The popularity of acts like Lady Gaga is unprecedented and keeps soaring- with 10 Million Facebook friends she is already the biggest Pop Star on the planet and will only get bigger- I think 50 Million is quite possible.The already big bands will keep getting huger, and the outdoor festivals will keep posting record attendance figures. Meanwhile the smaller bands on the circuit suffer from a fragmenting, niche-like fanbase. 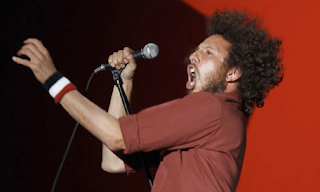 The best example yet of this Facebook effect was the 'Rage Against the Machine campaign' for Xmas chart number 1 which was started by a husband and wife team in a suburban house, as a bit of a gimmick. This was so effective that 500,000 people bought the download, including me, and to the horror of Simon Cowell, the campaign placed Rage at the top spot of the charts -with a decades old song. It all seemed so effortless.

That campaign was a glimpse into the future and it changed everything. I honestly do not think the Uk charts will ever have a predictable Xmas number one again.For years to come, you can bet that a succession of faddish viral campaigns will be vying for the attention of the casual music buyers, and will fight it out come Christmas time.
Posted by Digby at 12:30 PM

I was telling someone something along the lines of this the other day. It was all good and sundry playing gigs years ago before the rise of the internet. You tour, fans rush out and buy you're albums, a few tape it off friends or thru tape traders. Hell you might even do a record signing down at Our Price. Also for the lesser known support bands at a gig you would watch them or just hang out getting pissed at the bar.

But now in the downloading era, people can hear your albums in a instant. Bands have to sell themselves more to acquire a fan base. Do the online Q&A's, respond to fans on FB and myspace. Sitting back ignorant and reaping the rewards through a fan club is old hat now. You want those sales, those fans showing up, you gotta put the effort in especially if you are new to the scene.

Blogging does help in terms of sales but we all know that not all the fans will actually go out and buy your releases. IMHO bandcamp should be more widely used by artists. Myspace does not really sell your overall sound in a little juke box (Progressions come and go) whereas with bandcamp you can select your digital file format and you make some money back. (esides i am not a huge mp3 fan myself but prefer FLAC when it comes to digital downloads.)
I would kindly put some money back plus not everybody can afford to buy albums these days on a regular basis. And if i am not mistaken you can leave the artists comments on the site where some actually respond to you and not everybody is a fan of FB these days either.

I might of wandered from the path there but thats my gist.