What do labels look for in signing metal bands? 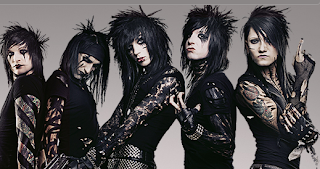 Question: Hey guys, Id like to ask what Earache records (or any record company) looks for in a metal band. Talent and Good writing are a given, but what else? The band Im in is a death/prog metal band with a ton of potential(and Im not like every other indie band that thinks that, I know it). But we cant find a dedicated drummer and vocalist. So for now we're just writing until we can get the ball rolling. Anyways, I digress. Ill be looking forward to a reply. Thank You

Answer: Well the glib answer is a functioning band, dude. Your mention of "we can't find a dedicated drummer and vocalist" really rules your band out of the running immediately, but at least you are doing the right thing by not even troubling labels at the present time, because without a band, you just aren't ready.

The time-honoured way to catch the attention of labels and have them queuing at your door is to do all the hard work for them- bands that create a fanbase and develop a buzz through their own efforts really can pick any label, and name their price. Every few years a hot new band will spark this 'bidding war'- and this year its Black Veil Brides.

Obviously BVB are not exactly playing what Earache would consider as 'metal' -its more a kind of gothy/emo/pop with guitars a la Escape the Fate- but the photogenic look of the band has meant they've picked up powerful management and agency representation (Standby/Mercenary) and sold over 20,000 T-shirts in little over a year. This culminated in the band signing with Lava/Universal, one of the most powerful of the major record labels. This is a real rarity for a new band. 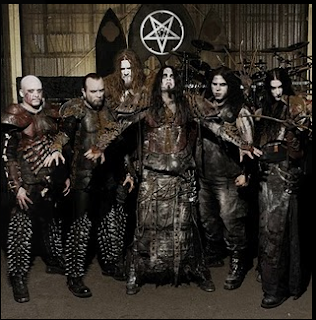 Earache tends to work with bands based 100% on the quality or originality of their music, marketability comes second, but its undeniable that image does play a large part in the marketing of a bands these days. Whether you are playing underground Black metal or Gothy-pop-metal, a strong eye-catching image gets virally spread around the web by legions of fans. There's not a whole lot of difference between Dimmu Borgir and Black Veil Brides on that score, really.

I've mentioned elsewhere in this blog that in my experience the bands that make it big in the metal scene (and I've been lucky to work with quite a few) are without exception totally driven and ambitious to succeed from day 1. It can often be because they have zero other options or distractions in life, 'cept playing in their band. The successful bands just wanted it more and so worked harder at building their fanbase than the rest of the contenders.

There was a fantastic mid-70s US rock band called Angel who really should be a household name and a collossus of the early rock genre, but few folks have ever heard of them:

ANGEL should be up there, mentioned with the greats like KISS or RUSH, they pioneered the proggy-metal style which many others made a career out of, yet the band are long-forgotten also rans.

The reason for their failure mystifies everyone and is endlessly debated decades later by fans on metal forums.

One commenter on Youtube sums up very well all the problems which can blight a promising band:
"Not just Angel,some amazing bands never got﻿ over the hump,is it poor mgmt/marketing,wrong place/ time,no connections,black listing,not enough demand,band member probs,ahead of the time,or the FM friendly thing,no intestinal fortitude, bad schmoozing skills, think of the scores of un-tapped artists who never got to see the light of day,I know I've seen plenty of bands who were incredible& never got past the clubs,and not for a lack of trying.don't you wonder ? must be like show biz "


So there you have it- the way for your band to succeed is to avoid all the pitfalls described above. Good luck!
Posted by Digby at 11:11 PM

Thank you for posting this! Keep the good music coming

"Whether you are playing underground Black metal or Gothy-pop-metal, a strong eye-catching image gets virally spread around the web by legions of fans. There's not a whole lot of difference between Dimmu Borgir and Black Veil Brides on that score, really."

Yeah, they both look fucking ridiculous!

What if an artist is like chuck shuldiner.....he was DEATH and hired band mates as he went.....I don't think he shared a deal with a band...

Okay. So I'm in this band Called Unknown Zodiac. We've played a show with earaches The Browning. Recently.
My question is this.
We have a decent following as far as local popularity. Our ep sold 100 copies locally in 2 months. We've played 36 shows in one year. And we have 17 songs written and finished. Are we of any potential? Or should we work harder? Oh and we've been a band for about a year