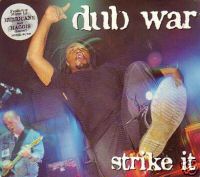 Question: Do you happen to know how to get in touch with Skindred - the band formerly known as Dub War?

Answer: Yeah Skindred is the new band formed by the members of Dub War (who recorded 2 albums and numerous singles on earache in mid 90's).They play a similar style of punk-ed up ragga metal, but are getting much more successful than Dub war were. As it happens only Benji the singer remains from the Dub war line up.Jeff and Ging now work as production team in South wales, and actually recorded the early Bullet For My Valentine demo(as Jeff Killed john).You can check out Skindred on myspace
Posted by Digby at 12:29 AM