Question: You've spoken about Pirate Bay here, so what is Earache's opinion on the RIAA vs Jammie Thomas.Does Earache get a share of the two million dollars she has to pay.What is your opinion of this?

Answer:Nah dude, Earache is NOT A MEMBER of the RIAA and has no part in any of this. 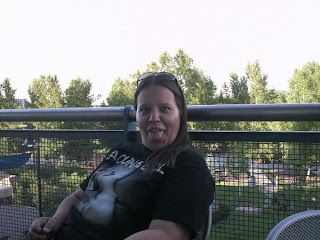 You are referring to the legal case of RIAA versus Jammie Thomas which has just been adjudged in the USA in favour of the Record Industry, and damages of $1.92 Million awarded against the 34yr old mother of 4 from Minnesota - check her MySpace -because she was downloading music illegally.

The amount is staggering but its actually the amount which is set in law as damages to be paid over by anyone caught infringing the copyrights of anyone else.Apparently she only downloaded 24 songs but the law states up to $150,000 per instance of infringment, if its wilfully done- hence the huge amount awarded to the RIAA.Its not a simple case of stealing 24 songs at 99 cents and so pay back the $22 or whatever.I guess the law is basically set up in USA to discourage the wholesale bootlegging of the global brands and intellectual property/software/music/entertainment which has made the USA the most prosperous country in the world.The law sees no difference between a counterfeiter with a huge operation making and selling say, fake Tommy Hilfiger clothing for sale on market stalls, and the simple act of loading up some P2P software to download and subsequently share on to others, a couple of albums. She became part of a music counterfeiting chain, unwittingly. She would have got off more lightly had she just walked into a store and stolen the Cds right from under the store owners nose, actually.

If only Spotify had launched in USA- she could have listened to the albums for free at any time, perfectly legally.

As a label owner we are plagued by so-called-fans who instead of supporting the artists and label, prefer to download the music for free.Even some of our bands openly advocate the free downloading of their music, so its not something we are unfamiliar with.Its a tricky situation.

I highly doubt the RIAA even will get the money,and even if they did, its probable that only the big 4 Majors would keep it, some biggish Indies - Relapse & Victory etc -are RIAA members but they wont see a penny, I'd wager.

The whole idea is grandstanding, to generate news headlines and slowly but surely discourage the act of downloading music by casual fans.Leave the mass-downloading of music to the bootleggers and counterfeiters of this world, who know the risks.Its a highly serious matter in the eyes of the law even if its a completely trivial act to load up the P2P software.There are a ton of legal paid-for, and now even free ad-supported services where almost every album ever released is available for streaming.Spotify is the one we recommend which should launch in USA very soon.Everyone needs to get it.
Posted by Digby at 11:46 PM

ive downloaded torrents. but im a big collector. i love to own the actual records. i believe the band deserves my money.

I am with diamonddave, at least to a point. I am more than happy to buy CDs of a band whose work I enjoy, but there are complications involved.

The first, and most obvious one, is how do I get to hear bands that I might like but am not willing to take a punt on without some kind of preview? This is a burning question that all music fans confront in some way. In the last year or so, I have gambled and purchased CDs by Elis and Kingdom Of Sorrow. Both turned out to be insulting wastes of money, and record companies would do well to consult with psychologists as to why every event of this nature makes it that little bit harder for a genuinely good artist to reach that listener's ears.

That said, all of the hoopla about how MP3s are going to replace physical records and such is quite sadly ignorant. People can claim until their face is blue that they do not notice a difference between MP3 and uncompressed CD. Maybe they do not consciously notice any difference, but neurologists or indeed anyone who understands anything about how our senses actually work can tell these cretins that their brain definitely does notice a difference.

Sometimes the difference is so blatant you do not even need to go into such technical wankery to know about it. Late in 2009, I used a voucher that was included with a mobile phone to purchase some songs. One of these was a Sigh song called Divine Graveyard. I loved this song. I think I listened to it hundreds of times on this mobile phone. Then, when I purchased an iPod and started using lossless compression to store music on it, I purchased the album as a physical CD.

To say that my first listen to a losslessly compressed version of that CD was basically the first time I really heard Divine Graveyard is an understatement. A massive one.

There are still problems with the delivery, but it cannot be denied that downloading music is a lot more convenient than buying it from a physical store or by mail. One does not even have to leave their house to do it. Now, if Earache, Peaceville, Nuclear Blast, et al were to start offering music for sale in a lossless format like FLAC to punters like myself, that would cut Apple et al right out of the game.

And there is a good reason to give Apple a forceful castration, too. It is explained in an article entitled "Indies: Apple Hates You". And believe you me, dig, simply because you release music that appeals to persons other than 40 year old virgins, they hate your guts.