DEICIDE- "The Great Lance" mystery track on Till Death... CD 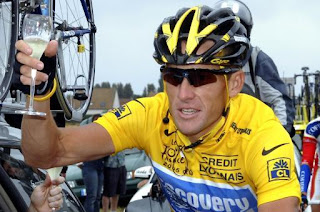 Question: On websites such as www.metal-archives.com and even Wikipedia for the Deicide album \"till death do us part\" it says that there is a deluxe version with a bonus track called \"The Great Lance\". I\'ve never been able to find such a version with said bonus track. So my question is does such a version of the CD even exist or is it just internet misinformation? From:


Answer: Thats the first we've heard of it..we have no clue what you are talking about dude! So we checked the websites you mentioned- like Metal-archives.com and we see the mystery extra song called "The Great Lance" is mentioned on that page. Likewise the bands own wikipedia entry has this song listed as a bonus on the album. Its bogus, not bonus.

Its a total mystery how such blatantly wrong info can be posted as facts.I guess you are right to be sceptical about internet info, many of the wikis I come across to do with our own bands are 95% accurate but also contain an obvious glaring error or two, they might be put there to trap the unwary. I speculate that some fan made an upload of the album to torrents or rapidnazi or megauploadnazi and for a joke added an extra song to his upload. So many folks get their info from torrents that they become the official standard release to many fans, it seems.

What is absolutely scary though is if you type in "Deicide the Great lance" into Google.It returns dozens of pages with listings including this mystery track- some even claim to print the lyrics. Which is truly bizarre.

We cannot explain it.I just reckon some joker is laughing their head off at the way this so-called bonus track listing has spread all over the web.
Posted by Digby at 2:12 PM