BLOG POST: Why do the biggest bands come from the smallest towns? 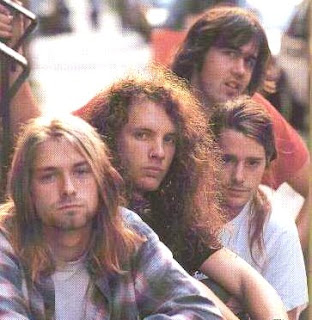 Question: Im wondering for you which type of scene would produce the better or more focused bands? By this i mean the large city scene or the small town scene, two examples i can give which are both down under ( recently came back from a gap year in australia) is byron bay home to parkway drive and geelong which is home to the red shore. It seems to me that kids from the smaller scenes do more to keep their bands alive eg not getting rid of members as is could be difficult them and also keeping shows going because there seems to be the feeling that if they stop booking them the scene will die. Im wondering are bands from smaller scenes generally more business savy and hands on that a band from a large city where they can obtain things proffesionally quicker? From:

Answer: This is a great question, and you sum up this perplexing, but little-known fact - that the biggest bands do not seem to come from the major cities, as you might expect. Most often the biggest talents do hail from the smallest cities or towns. I'll try to explain why below. 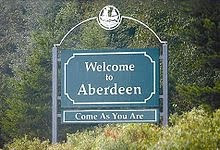 Look at Nirvana from Seattle (Aberdeen, actually which is tiny) or Slipknot from Des Moines, or the countless bands coming out of Wales in recent years here in UK.It is a proven fact that in the Music Biz, the biggest bands, and certainly the ones who have the most impact on the scene, simply do not come from the major cities. No one has the definative answer for why this is. It defies logic. Every armchair pundit and blogger has their own pet theory, so feel free to comment below.

I think in the 70's to 80's era, bands in major cities did have all the advantages- they had a head start because they were closer to the media and record companies, and so got opportunities to be visible to the notoriously lazy A&R scouts, which the out of towners would not get. That's why so many of the 70's and 80's top tier Rock acts hailed from London, LA or New York. Its not like that nowadays of course. 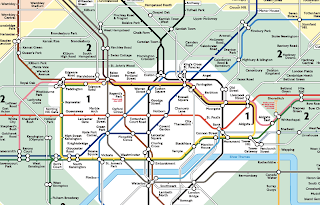 I'm talking generally of course, but my own experience of running a label bears this out. Earache as a label has signed over 150 acts over the years from all over the world, and I'm pretty sure we've only signed 2 London bands - Pulkas and Akercocke - and that makes it less than 1% of our signings hail from the biggest UK city.We never planned it that way. Its weird when you think about.

As for the causes, I think its to do with the fact that musicians in major cities have a lot of options, they will probably hold down a decent job to be able to even afford to live in a comfortable metropolitan lifestyle. Much as they would hate to admit it, musicians I know from big cities all seem to be highly fashion conscious, and so make music with one eye on the prevailing trends. Bands from unfashionable towns have no such qualms, often they make music just for fun.They are unconcerned about trends, and can perfect their songs and style far away from the gaze of the metropolitan elite.

In this always-on, always socially-connected era, many bands are building their fame and fanbase via the internet, so actual location is rapidly becoming even less important. I also think that the rise of the affordable budget airlines in the last 2 decades has meant that new bands can travel much further distances in search of a receptive audience.
Posted by Digby at 1:25 PM

I find it quite funny you listed wales in answering my question as im originally from blackwood south wales the town known for being the manic street preachers home town. The thing I noticed about wales is because most of the towns in the valleys are within comute distance to cardiff, newport or swansea bands will go to all of them for gigs which allows them to get alot of gigs in front of different audiences under their belts so a band can become very tight live very quickly.

Your comment is interesting Dig, as it kind of indicates that bands from small cities are not affected by superficial fashion trends and shallow fads. This would then enable bands to be more creative and invest in producing more interesting, challenging sounds. In the end is this true? Certainly cities like NY and London were more affordable in the 70s, and nowadays living in these cities demands a lot of money, maybe this gets in the way of creative music production?

I get from London a sense of need to belong to scenes and not be particular creative, just joining a scene and posing adequately, linking that with the current status of metal, maybe that explains the stagnation of the music and the lack of creativity which has been happening for the last few years. These are not good times for people into creative, challenging music.

Maybe in the future we will get new, interesting sounds coming from a small city in some unusual country. I just don't know if the rock format has reached a dead end.