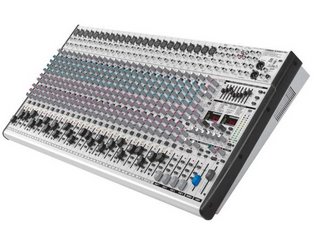 Question: Hey there Earache, I just wondered if the label\'s ever thought about releasing tracks in fragmented formats (EG: Acapellas, Instrumentals, Solo Instrument Backing Tracks) so fans and other artists could have a go at remixing them? I\'m sure there are plenty of budding musicians who would benifit from layering their own guitars/bass/drums/vocals over an existing track for practice, as well as producers and DJs who could remix tracks into their own unique sound. From: gabber_foxx@yahoo.co.uk

Answer: Earache's never really thought about actually releasing stuff broken up into individual instruments like that, even tho I am a big fan of so-called mash-ups etc. but check this out!!--some enterprising guy has already taken earache music to new mash up extremes! read about it here
Hear some crazy earache mash ups here

Bands we release tend to be mostly live, gigging, metal bands, many of whom dont embrace any kinda remix culture themselves.A few years back we did have an amazing offer from a japanese company to release karaoke versions of some Earache tracks - i thought it would be jolly good fun to hear drunken japanese salarymen trying to shout "auuuuugh" in time to Brutal Truth or Napalm Death in downtown Tokyo karaoke bars, but after we stopped laughing at the prospect, we declined the offer.
Posted by Digby at 12:40 AM