What happened to grindcore band GOD? 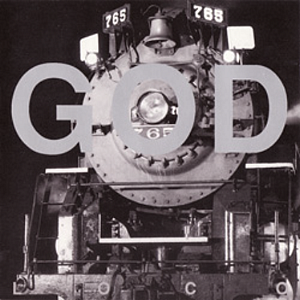 Question: What happened to grindcore band GOD? Did it have anything to do with Godflesh?
From: Shaneoconnor454@hotmail.com

Answer: Wow, I've not heard that name for a long time, I hope you're "feeling lucky" because finding any info about them with a name like that, using Google is a big ask.Mostly what you'll find is information about an Australian Indie band who had some hits in the 80's.The GOD you mean was from London.

London's GOD was not a grindcore band, they played heavy-ish/fucked up Indie with jazz leanings.They existed during the late 80s/early 90s and mainman Kevin Martin, who played saxophone in the band, was an early and avid supporter of the new grindcore bands, he was kind enough to arrange and promote some of the earliest performances in London of Napalm Death and Godflesh. In fact the classic b/w live pic of Napalm Death with Lee and Bill was taken at Kevin's "Mule" club.

GOD were slightly older then the grindcore musicians, the London scene they inhabited included the likes of Loop, Silverfish, and up in Birmingham, Head of David and Slab.The daddies of that scene were already established in the music press, including Swans and possibly Einsturzende Naubauten before that.Not many people know that Naubauten bassist Marc Chung became a high flying music biz executive in the 90's working for Sony. Anyway, it was'nt a scene I was particularly interested in, as I was fixated on the much fresher grindcore sound which Earache was single-mindedly promoting at the time. To be honest, I had scant interest in those heavy/indie bands, they had the affectations of anger, cloaked in a veneer of middle class angst.People lapped it up, but to my ears all the bands sounded pedestrian and dull.

Kevin Martin existed on the periphery of the grindcore scene, but he was very well connected to the London media and magazines, he seemingly knew every journalist of an open-minded persuasion in London, so I felt it important to cultivate this chance connection for the better promotion of the Earache bands. Justin Broadrick got on famously with Kevin, they shared many common musical influences, and almost immediately the pair hatched plans to form a project band together- this became Techno Animal.From my perspective I felt in some ways like Godflesh was being put on the back burner while Justin engaged in various dead end projects, to satisfy a creative whim, but also prompted by the opportunity to trouser a few quid along the way. Collaboration mania broke out, everyone wanted a slice of the Godflesh sound and style- typical example would be Sweet tooth, which was a shortlived trio of Head of David, Godflesh and ex-Slab members.They made an album together which found its way onto Earache.A short while later noted Jazz saxophonist John Zorn would up the ante on the project bands, he would collaborate with Mick and Justin on the 'Painkiller' project for 2 albums.

Earache got into the 'collaborative spirit' even further by helping fund and market a a whole compilation CD Kevin was working on of the most radical UK bands around at the time. It was a comp which included a smattering of some of the Earache acts, as well established -for the time- names like Silverfish, and Kevins main band GOD.

Earache negotiated to release it for Kevin's label Pathological, and this became the Pathological compilation which boasted some of the best early recordings by Godflesh, Carcass and Napalm Death.You can read about that in an earlier blog ASK EARACHE: Earache & the Pathological Compilation (1990)
Posted by Digby at 11:45 PM

I saw God performing in Islington around 1990. Great band. Two drummers I seem to remember. Very interesting, although their best stuff was probably the early gear. As you say, Dig, definitely not a grindcore band though. They were closer to Swans than Napalm in sound. Their "Breach Birth" EP is my favourite of their releases.

Not sure which JKB projects you consider "dead end". Techno Animal certainly wasn't. Their first album is a stone cold classic of dark industrial experimentalism. The use of sampling is brilliant. Their later hypnotic breakbeaty stuff is fantastic and should sit well with fans of mid-90s Scorn. The industrial hip-hop stuff is less my thing but still worth a listen.

You can hear where Kevin Martin went from the hip-hop era of Techno Animal. His project The Bug continued the distorted vibe while moving it more towards a Jamaican ragga/dancehall feel with various live MCs in the studio and live act. He was also, I think, influential in bringing dubstep to a wider international audience from the South London council estate underground scene it started as, via Rephlex Records on which he was releasing The Bug material. I remember seeing him at one of the early "Grime" nights that Rephlex put on at The End in London (which were actually dubstep nights, not grime). I also spotted Kevin a couple of months ago watching Scorn at the Plex party at Corsica Studios.

Martin and Broadrick have well proven themselves as enduring and continually relevant artists, not afraid to experiment.