BLOG POST: How to clear movie samples used in Music/Video 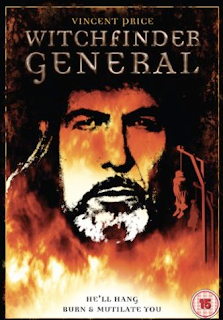 Question: Since its argubly the most iconic video earache ever made, how easy was getting the footage and audio samples of the 1968 occult horror classic witchfinder general for the cathedral song/video? was it quite hard being as ive read before of how you've asked bands to remove samples of records before eg entombed because of trouble clearing them. From:


Answer: Cathedral got lucky because the UK film industry is more or less a cottage industry when compared to the behemoth that is Hollywood, so dealing with UK companies for clearance and permissions can often be relatively simple.By contrast, dealing with the Hollywood blockbuster movie studios is a nightmare to clear anything. Even seemingly obscure B-movies are a legal minefield of copyrights, and actors rights, directors rights, its simply too costly and troublesome to obtain permissions.

Most of the time, the only way major movie action appears in bands' video clips is when they happen to be signed to a major record company which also has affiliation to a major Movie studio. Sony records and Sony pictures, or Universal records and Universal Studios for instance. It's common for a movie studio to use material from an album by the affiliate label to promote each others projects.This synergy explains how Hatebreed's music ended up with Punisher War Zone movie

The distinctive voice dialogue of actor Vincent Price which Cathedral used in the song was lifted from the Hammer Horror (CORRECTION: Tigon Film's) flick 'Witchfinder General' from 1968. It was left up to the label to make the calls and obtain clearance, and rather suprisingly to us, the copyrights were at the time still in hands of mid-sized British entrepreneurs, who were happy to co-operate with the label on the Cathedral album and video, for a small fee. They were kind enough to supply a pristine copy of the movie for the director to incoporate into the clip. I guess its down to the fact that even recognised giants of UK cinema- actors and films which are household names here - haven't actually been huge money-spinners around the globbe and so are not repped by teams of highly paid and dubious lawyers.Polite requests to UK film companies are treated pretty favourably.

We had similar luck with dialogue samples from the legendary 70's UK movie "Scum" which was used on the debut SSS album.On payment of a small fee, it was cleared.

Being the pedantic horror fan that I am, I have to point out that Witchfinder General was actually a Tigon Films production, not Hammer. Yeah, I know...sometimes I hate me too.

Interesting how big budget Hollywood films are more difficult to work with, to clear samples for use by smaller artists. Both Overkill and Slipknot used the Carlito's Way "here comes the pain!" sample in recordings whilst both were small time - sales wise.