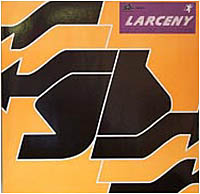 Question: I don\'t know if anyone has ever asked this, but what is the history behind Sub Bass records? Was it an actual Earache imprint, or just a distro deal? It seems like it came and went pretty quickly though. From: johnwalbridgeiv@yahoo.com


Answer: In the early 90's Sub Bass was the label where Earache released its non- metal titles, like Lawnmower deth's pop offshoot 'Six Yard Box' and manchester's heavy Industro- grind-sampling duo-'Mighty Force'..but within a short while in the UK a brand new style of street music was taking shape- Jungle Rave- (later named drum n bass)which was solely powered by the pirate radio stations and underground clubs and DJ's and MC's.It was a world away from the metal/grind scene Earache had spearheaded, but to my ears it was an genuinely exciting new form of music- cos it was literally quite alien from anything that had gone before, being mostly created by Black and Asian kids using drum loops on computers.Prodigy had broken the mainstream, but behind them was a whole underground of acts like Acen who were a stalwart on the pirate radio stations...

By sheer chance I came to know Steve Gurney who was Sound engineer for Cathedral, and his acid- techno act Larceny became the first proper Sub Bass release on 12", closely followed by Jungle Rave Dj's like DJ Senator,Fenetik, and the Belgium-esque Aciiid sounds of F.U.J.Famed BBC Radio DJ played a few of the records on his show which was cool, but the label itself was no more than a dalliance of mine, our efforts were still 100% on the metal acts, sub bass was side show.Out of the blue another UK rave techno label called Suburban base (Sub Base) issued us with a cease and desist order over use of the name, so Sub Bass was duly folded.

Looking back it was probably a precursor to the extreme hardcore techno/gabba sounds Earache released later in the decade like Industrial strength, Ultraviolence, DOA etc.
Posted by Digby at 1:30 AM