Rarest Earache release? how many copies? 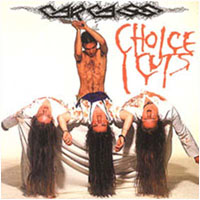 Question: Do you have a list of production runs for every Earache release? I am trying to compile a list of the rarest metal cd\'s, and was wondering if you keep track of this sort of thing.


Answer: Hi mike- you can find a sort of complete-ish list of the pressings numbers and differnet versions of our releases on our CATALOG page on our website.You can see that many releases have had for instance a 1000 pressing on vinyl or picture disc.Some titles by our major bands have had weird events which made them rare- a good example is the first pressing of Carcass "choice cuts" which did not have "This Is your life" on it- limited to approx 70 copies or so that went out to journalists..that version was a promo disc which was pulled from circulation because of the onset of ken's serious illness in 1999.Later in 2004 it was issued with that extra track.
Posted by Digby at 7:06 AM