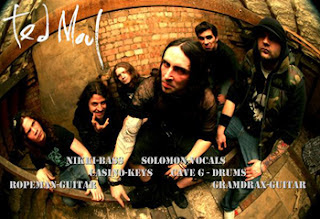 To an outsider it probably looks crazy that we arent working with Ted Maul..but for various reasons the band and label never got together.We think they are a cool bunch of dudes, but its just one of those things.
Posted by Digby at 2:58 PM