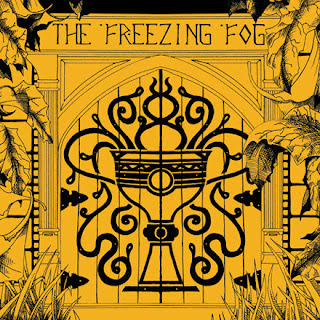 Answer: The usual contract is such that the individual members are signed, not the band-so when a band splits mid-contract, Earache has the option to continue with any members' new outfits, or not.In the case of Beecher, the band split up quite suddenly and unexpectedly, soon after the release of their first album for us, while promotion was still ongoing infact.The band persevered through a couple of gruelling Euro tours making seemingly little or no headway in terms of building a career, which kinda made the guys re-think their priorities.
Earache chose not to pick up the option to continue.Now some 2 years later, ex-Beecher members are back as THE FREEZING FOG and while they have mutated into a more stoner/cathedral rock vibe, its not something Earache would be interested in right now.Beecher were cruelly under-appreciated when they were going, and in many ways spearheaded the UK screamo/death scene which many bands have embraced with much greater success since.
Posted by Digby at 12:56 AM