Bands- are they mates or legal partnerships? 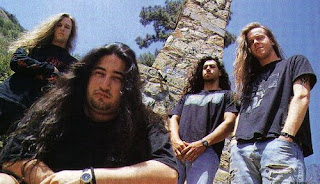 
Answer: Having worked with hundreds of bands for over 2 decades, I can say they are quite nebulous things, and no two acts are alike.Most bands when starting out are simply a group of mates making music for fun with vague dreams of success and stardom, so having a sit down meeting to declare and sign themselves up as a formal 4 or 5 -way partnership is one of the last things on their minds.

While outwardly appearing a united, democratic unit to the fans, behind the scenes, most bands have one member who is the driving force, the creative leader and very often its not the most visible member, the frontman.In my experience, its more often likely to be the unsung hero, like guitarist, drummer or bassist that actually plans the activities and direction of the band.

Some bands have a leader of almost tyrannical proportions and the rest of the members follow orders or get their marching orders, you can tell them by the revolving door precession of line ups on each album/tour. Most bands try to do the decent thing and when they get the first flush of success, its common for them to state in writing that the band is a partnership with equal shares all round, so that everyone is comfortable with their own positions.Sadly, the actual day to day reality of bands is that they definately do not run along 100% democratic lines,because nothing would ever get done.

As bands get bigger the monetary stakes get higher and what seemed like a decent idea at the outset doesnt seem so fair or reasonable, especially to the one doing all the work.Aswell as a leader who does the writing, liasing with record company, helping run the myspace, planning tours etc, most bands also have the opposite, a lazy member, who doesn't contribute much except playing the songs onstage, sometimes other members can -wrongly- view them as tagging along for the ride.We find the easiest way to split a band up once they have found success is to casually ask them to name in writing their share of incomes.Anything other than fair shares all round can result in deep resentment and open warfare between the less important members which can fester throughout their -too often abruptly curtailed - career.

We have noticed in recent years a lot of high profile legal cases involve ex band members squabbling in the high court with each other over their fair share of past hits and the highly lucrative naming rights for touring and merchandising purposes.
Back in the 90s it was the artists taking the labels to court for unfair recording contracts, now they sue each other instead. Sign of the times?

As for Fear Factory, I always got on great with Dino in the past and from what I am hearing I sense that he and Burton put past differences aside, and got back together to sign a lucrative deal with Candlelight Records.As it happens the new manager of the Dino/Burton FF is a business partner of a Director of Candlelight so it was a clever bit of business for both parties, only trouble is the other ex-members Raymond and Christian were'nt invited to this particular re-union party.

Even the most well run band cannot imagine the plan for the status of ex-members who want to re-form the outfit at a later date, hence the acrimonious nature of this reformation without 2 of the original members of the band.Its none of my business, but hope both parties can settle this quite quickly because no one wins when band members are seen squabbling publicly or in court.

As far as I know, the Dino/Burton FF album is recorded and even on promo right now, I guess a deal must have been done to allow it.
Posted by Digby at 12:15 AM