A typical day at Earache? 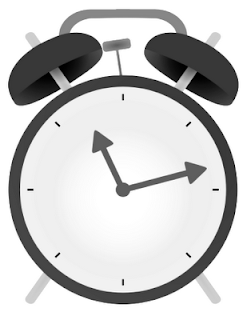 Question: How many hours a week do you spend on Earache related business? Is there such a thing as a 'typical day'? From:

Answer:Working hours? I have no concept what that means because this job is 24/7 dude. In the era of iPhone and BlackBerry you can be in contact with people all of the time, and I'm the type of person who is impatient to know whats going on. So I'm jacked into the net and email pretty much constantly, weekends included. Its not really that big of a deal, as I have a passion for doing this anyway.

I'm lucky that Earache has a dedicated staff who bear most of the heavy workload leaving me to do the bits I enjoy, which is dealing with new bands and planning their albums or my speciality- crazy projects.Most of the staff here are music-lovers, we are a music company after all.

Strictly speaking, I'm self-employed, running my own business means it comes with a certain amount of burden of responsibility aswell. If you were to ask anyone who is self-employed how they spend their time, they would invariably answer- running the business or thinking about it most of the time.Its pretty normal in fact.

Mostly I'd describe my day as listening to new bands for consideration,checking out the mp3s of our own bands direct from the studio, trouble-shooting the daily problems which crop up, and strategising the future of this label, especially the mp3/downloading/streaming future of music, which I take a massive interest in.

7am- Roadworks on the road outside my house are being carried out at night, they are noisy and wake me up. Damn.I'm an early riser anyway, but 7am is friggin early.Its barely daylight.

7.01am- Grab laptop and check emails- approx 100 come overnight from USA timezone, including radio reports and USA staff progress reports from the end of last week.I'll surf the net, checking websites, twitter, tumblr, RSS feeds-I have about 25 metal and news sites feeds on the go, and tech sites.Decide I want a Kindle.Maybe start answering an Ask Earache question.

8.20am- Put Sky Sports News on TV and down my first Diet Coca-Cola of the day. I'll drink easily 6 of them before mid-day. I should be sponsored by Coke as I cant operate without caffeine.I dunno why I'm not a coffee drinker - the taste has just never appealed.

Before even leaving to work, I'll check out a few demo bands or new bands myspaces, especially if I have read good reviews about them. Nothing excites me more than hearing new bands. I honestly look forward to being blown away each time I hear a new band for the first time. I always remain optimistic that I could be discovering a brilliant new metal band - but sadly 99% of the time I'm disappointed, so move onto the next one.I play maybe 7 bands this way before breakfast,I never get bored with hearing new bands.

I research our own bands' happenings online too. Its quicker to just read their myspace blogs and tumblr streams than call em up. I hate phones anyway, preferring face-to-face meetings if possible. Today I wanted to see what folks were saying about Insect Warfare, and Cauldron, both on tour in UK. I discovered IW have a few haters back in Houston, which was news to me.Three days ago the band played Nottingham with a stand in singer, and we found em to be mega cool guys.I headed home after the gig, but find out that 2 Earache label guys were hanging and boozing with Dobber and Beau until 7.30am at the promoters house!.Earache staffers know how to party hard!

Our London based PR girl Talita returned from her holiday in Tibet and Nepal, so exchange a few early morning emails with her to explain the events she missed while away.Vice magazine has a TV channel and Talita appears in their latest online TV programme talking about Earache - Heavy Metal Roadshow.

10am Set off for office- by public transport.After a 10 minute walk then its a bus. 30 minutes later I'm in the city centre of Nottingham, settling into my office awaiting the first of daily dramas to unfold.Our start time is 10am ,so the rest of the staff are already in before me.

I'm 'hands-on' at work- office life revolves around a series of ad-hoc meetings with the label management dudes.We'll crowd round the desk and discuss subjects ranging from internet connection troubles to promo strategies to royalty calculations.This time of year its royalty time and many bands are due to receive their statements, which our system sends out by email as .pdfs.Its noticed that for some bands their digital sales out-earn the royalty from CDs. The music industry is changing dramatically, and the evidence is right before our eyes.

The unexpected, tragic news of Mike Alexander's (bassist of Evile) death still dominates our thoughts.It happened a week ago while he was on tour in Sweden, but his body is still in Sweden awaiting bringing back to UK. Its so sad. We arrange to visit Huddersfield and meet up with the Evile guys the next day, to see how they are coping with all this. The absolute deluge of condolence emails from so many big names in the scene gives them a lot of comfort.

Gama Bomb are in the studio halfway through recording of 'Tales From The Grave in Space' but a minor drama develops when they declare they cannot record the album and the extra bonus songs, because they simply won't have enough time.We tell them to work faster and get it done,because its already mega-late.We are expecting it on November 4th and have already announced it will be online as a free dowmload on Nov 5th.We can't miss this deadline.

On lunch break I grab a sandwich, more Coca-cola, and drop into HMV to buy some CDs.Being in the biz its a simple matter to blag a freebie of most music that comes out, but sometimes its easier to just buy it.In the store, I'm mostly just seeing whats new out- I buy Paramore and Hatebreed and a Lady Gaga single.Sometimes I get CDs just to hear the production on them, we are constantly on the look out for hot new producers who can make great-sounding metal albums on an Indie budget.

Spotify is a huge time-sink these days, I'm hooked on finding old albums to listen to to, Spotify has so much choice for free streaming its mindblowing.I'm streaming Rainbow and Van Halen a lot nowadays.One thing Spotify does lack though is NWOBHM.

A Japanese company is negotiating to release the labels music as ringtones in Japan- this is a first time deal for us, so its brand new ground.We sold a few ringtones in the UK before, but they are hot news again because the newly launched iTunes 9 makes ringtones for iPhones easier. I make the last few contract changes and send them off by email - here's hoping the other side will agree and a deal can be done.

A long standing prominent veteran Thrash band is up for a record deal, and Earache is close to securing the rights, but its never a done deal until its signed.We are told other labels are chasing them aswell.So myself and Dan the label manager have a quick discussion to think about it some more- is our offer attractive enough? Time will tell.

After work its quite common a bunch of us will go to local metal and punk gigs, our office is within a few blocks of Nottingham's main metal clubs & pubs. In a typical week at least 2-3 maybe 4 gigs are attended by me and/or staffers, either in Nottingham or London.

No decent gig was on tonight so I'll trek home. To chill out from work I'll catch some TV, mainly news channels or football games or Discovery channel.Movies bore me, I'm more into factual stuff. Later on I'll chill out by reading- not novels, mostly its factual stuff, again. I love reading about science or stuff about space exploration.Currently I'm reading Andrew Marr's excellent A History of Modern Britain.

Naturally some music will be on in the background aswell, probably Scorn.
Posted by Digby at 12:28 AM

I just read this blog - thanks for the mention of my holiday Dig... seems so far away now hahahaha