Earache & Industrial Strength in the 90s 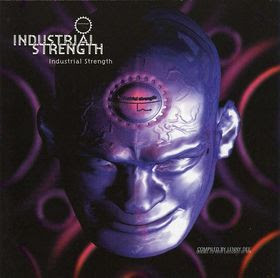 Question: Hello there, was just wondering what happened to your short but sweet collaboration with Lenny Dee\'s Industrial Strength record label? Was it always meant to be a short-term thing? From:

Answer: Earache licensed Brooklyn native Lenny Dee's traiblazing label (but extremely underground/DIY at the time) Industrial Strength Records in 1995 for a 5 year deal.We released a double CD/Triple LP Hardcore techno compilation including DJ mixes and full CD albums by Delta 9 and DOA (Disciples of Annihilation) and Oliver Chesler's (later Horrorist) Temper Tantrum.The records, particularly the compilation caused quite a stir and sold really well for a year or two, but by the end of the term we didnt renew, as Earache was onto other things musically by then, as were ISR.Signing The Berzerker outright to Earache was our single remaining link to the ISR scene. The Berzerker had debuted on an early Aussie Newscastle area ISR vinyl 12inch, which I adored.

Looking back, five years was just long enough to piss off and alienate the majority of Earache's early diehard metal/grind/death fans who definately did'nt appreciate this label releasing any form of that dratted computer music, however "extreme" it sounded. Five years was also too short because by the time the ISR label was reborn in early 2002 or so, to much acclaim, and the scene rightfully bestowed belated props to Lenny himself as a true innovator and originator in the HC techno/gabba scene, Earaches involvement was by then a distant memory.

Not many folks remember that Roadrunner Records in Holland was at this time during mid-late 90's also involved in the Hardcore Techno scene, through a sublabel called MOKUM, this was big news in Holland, spawning many chart hits like Uk's Technohead, which achieved a worldwide number 1 hit with "I Wanna Be A Hippy", a bouncy upbeat hardcore pop techno classic. Roadrunner was owned for that period of time by huge selling Dutch-based techno distributor Arcade I believe, hence the connection.

Electronic grindcore is what it sounded like, heres the best of the lot, Nasenbluten's Classic CUNTFACE