Ephel Duath on Earache- how come? 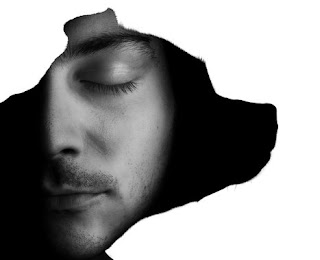 Question: This is somthing ive wondered for a while how on earth did ephel duath end up on earache? the band seem to have more in comon with the mars volta or the jazz rock interludes of the old cantebury prog scene than any earache band or the mathcore scene they have been put in with. From:


Answer: Yeah I see your point, the band's current output is fairly alien to the typical sounds this label puts out -Thrash/Grind/Death/HM etc - but the band have been through quite a few radically different creative phases before the current album "Through My Dog's Eyes".A lot depends at what stage you picked up on the band, because they have been extremely chameleon like on each album so far.Mainman Davide Tiso is a free spirit who explores the outer limits of his creative expression through music, I think he enjoys that no boundaries are set by this label so he takes full advantage of the freedom.In many ways he loves keeping his fanbase perplexed and dumbfounded by taking them on complicated twists and turns.No 2 Ephel Duath albums are alike, stylistically, and we are just fine with that.
In the beginning 2001 or so, Ephel Duath was signed to an Earache subsiduary Elitist Records, and believe it or not was regarded as an Italian up n coming Black Metal band, albeit a highly avant-garde one.Their debut for Elitist Re-phormula (a reissue of their Code666 debut) contained proto-techno & drum n bass remixes which was unheard of at the time, and marked them out from the pack.
First album proper was The Painters Pallette where a jazz intrumentation began to take hold, Davide seeks out jazz-trained musicians for his band it seems and this album reflected that- its free jazz and screaming/hardcore mixed, and the band toured extensively, including as special guests on a high profile Dilinger Escape Plan jaunt, which is where the mathcore tag comes from.I would'nt say its wrong- it just summed the band up at that time, and has stuck.
Follow up Pain Necessary To Know is similar but more structured songs.Then he threw everyone a loop by recording a remix album of drum and bass, dub songs. Newest album "Through My Dogs Eyes" is different again, we liken it to Queens Of The Stone Age channeling the spirit of Frank Zappa, and its almost basic stonery rock, deliberately so. Its Ephel Duaths most commercial work to date, even though the subject matter is how life looks from the viewpoint of his dog! Barking or what?.This maverick approach is what everyone loves about Ephel Duath.Which direction Davide will take his band to next -who knows?- but fans can expect surprises.
Posted by Digby at 1:43 AM