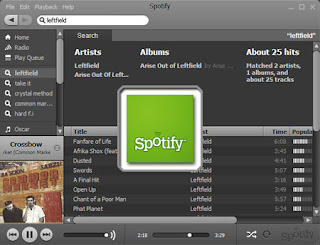 Question: Why have you removed \"Cult of Luna\" from Spotify. Please put it back.

Answer: Earache is a fully signed up label for the Spotify service, where music is legal and streamed for free on demand to fans, we are led to beleive the labels get paid through paid for adverts which surround the page where the music streams, I beleive.Earache has signed on,through MERLIN organisation which represents UK Indie labels like us, but the service has only just launched so we've not submitted our complete catalog yet, maybe 20 albums are in the system so far, which leaves 430 left to be "ingested" into their system.

Like most labels we get approached by maybe 2 new-fangled music player platforms, usually advert-driven, per week, they have the code set up, and now want to go legit and acquire content.There's quite a boom going on with new online streaming-music sites attempting to intice labels to join their party, now that Apple's iTunes Store is the number 1 retailer of music in America.

Last.fm is one which Earache has signed up to them aswell, and emusic.com. The massively popular Torrents and P2P sites for music could be rendered obsolete very soon if these new legal online streaming sites take off, if fans embrace them as a place to hear music for free, but the advertising revenue pays the label/musicians some income.Its a win-win situation for fans and bands/labels..Well thats the thinking anyway.

However an alarming proportion of the new sites are run by new tech guys who seemingly have zero understanding of how Record labels operate, and have no regard for what we bring to the table (ie the music).In fact they mostly expect labels to line up to donate their prized music catalogs to their 'cutting edge software' service,paying for the privilege even, while making highly dubious claims of remuneration along the way.Many of these sites are blatant attempts to generate online buzz in order for the founders to cash in and be bought out by Google or Microsoft for millions.The interests of the labels/bands music is secondary.These types of sites we avoid.

As you can tell we are sceptical of the frankly dishonest claims of many of the tech start ups, and we are highly selective about who we sign to for online content, preferring sites which are honest about how the label gets paid.

Looking ahead, all the big 'major' labels are actively teaming up with the worlds-leading tech firms to deliver the holy grail to fans, I reckon it will be less than 3 years before all the worlds music will be available to fans for free on literally all kinds of devices-everything from Internet ISP Routers/ web sites/ gadgets/mobile phones/games consoles/Satellite boxes etc, anything that has a screen to display the advertisements will be a 'All-The-World's Music' player device. Music will be ubiquitous and always on, for free, so long as you are connected by wi fi, mobile network or satellite.The music industry will transform itself into a payment model akin to a TV or radio style media network, where the content is free, if you can stomach the ad breaks every 15 minutes or so, which most people do currently.

I think you're being hugely optimistic to suggest that websites like Spotify.com could ever replace the torrent networks. We're talking about two totally different levels of service; why would I waste my time with streaming mp3 apps when I can instantly take and have any mp3 I want, without the ads? It's like suggesting that huffing aerosol is gonna replace snorting cocaine.

What Spotify.com will do is reduce torrent participation by the mainstream: all the kids who just want to hear the new Britney Spears album will now have a place to go for it, and the torrent networks will be left to the devoted pirates. I think this is a positive development all round.

I'm using Spotify right now, on your recommendation... it's pretty fast, I'll give 'em that, but it ain't got half of what I want to hear.