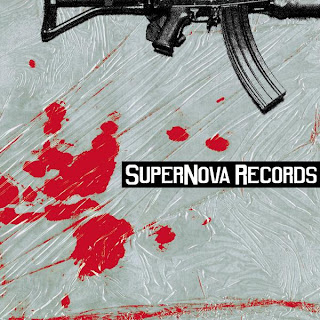 Question: This is a great section of your website, I always enjoy reading the questions/answers? I have 2 questions:

1. Are you planning to release a Cult of Luna DVD any time soon, I understand a gig in London was recorded earlier this year with the full lineup?

2. Have you checked out this INTERVIEW (link below) with Steve Austin of Today is the Day, where he discusses in some length his general disdain of the metal music industry? He mentions his label employs someone who used to work for Earache. Just wondered what Earache\'s opinions are of his views?

Answer: Earache will release the first Cult oF Luna DVD entitled "Fire Was Born" on March 23rd 2009.Filmed at a special one hour and a half performance at the Scala in London earlier this year on multiple Hi Def cameras, its currently being edited and having the audio mixed by Johannes Persson.In Sweden it will be released as a standalone DVD, but for everywhere else Earache intends to give it away FREE to fans who purchase a special edition of Eternal Kingdom CD.The CD/DVD edition will be priced as a regular CD so the DVD is genuinely a free bonus.

As for Steve Austins interview- wow, that was one hell of a fascinating read, because I personally know all the folks mentioned in this interview - I gave Gordon and Curran their first music industry jobs, as Earache's Press Officers in NYC, a job they both did very well.Crucially though I've never met Steve himself,our paths somehow never crossed, so I have no insights into the dude at all.First thing to notice is that the purpose of the interview was obviously to hype up his Supernova Records label (Curran will have arranged it)and to do this, Steve goes to great lengths to bash his long term ex-label Relapse.It just reads like he's out for revenge for what he percieves as a lack of support/respect for TITD by the label.
What I find most alarming of all, is his singing the praises of SONY/RED for their generous extended credit line enabling him to manufacture CDs and Lps for the label.Hang on- when did the global corporate behemoth SONY become the Indie music scene's best friend, yet a totally Independent label like Relapse which is run by 2 music fanatics become its worst enemy?Thats just wrong, and vengeful.NO label is whiter than white, because occasionally they have to act in their own self-interests to survive, especailly in tough times, and if that means telling an underperforming band they cant have what they want, the toys go out the pram on a regular basis.
Anyway, hats off to the bloke for having the courage of his convictions, and giving his label a go DIY style.I notice something like 9 out of the first 20 releases are TITD live albums, to me that looks like a vanity label right there, tho its clever to have a proven seller, to even out the risks inherent in new bands.Steve talks a lot of common sense in this, i agree with his views on Mp3s and digital music.
Sinking $150,000 of his own money into it shows real intent,and I wish him every success, but perhaps Steve has never heard that long standing music industry joke.
Q: How do you make a million dollars in the Music Industry? A: Start with 2 million.

Look- heres all you need to know about the music business: When Art meets Commerce, head-butting ensues.
All bands enter the music scene as starry eyed fans, their artistic concerns are paramount, any commercial aspects are downright boring.This is how it is.I've never yet met a new band with a business plan, thats in 20 years, and this is a good thing actually, because if such a spreadsheet-toting band existed you can bet they would be beyond terrible.
However nearly all of them - well 9 out of 10- leave the scene because of financial issues..like when they travel long drives to play to a handful of people, do that enough days and you become seriously in debt.The bottom line is- even if the music is awesome and cutting edge and praised by critics, its the fans at the end of the day who decide the fate of bands.You are the ones who buy the music,buy the T shirts, buy the gig tickets... or don't.You have the power.
Posted by Digby at 12:01 AM