What percentage of bands fail? 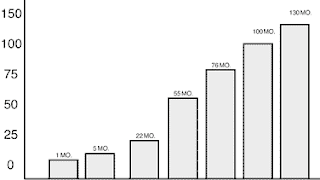 Question: It says on the Documentry about bands and labels Dig! that 85-90% of records released by labels never recoup and that a label\'s fail rate is 9 out of 10 of bands that they try to break through. In your experience is this really the case with labels or is it just the case with major labels? From:

Answer: Short answer is, and it depends on your definition of making it/failure, but yeah its pretty much true, the odds of a signed band making it to a level of 'success' leading to a long term lucratve career, are 10%-15% or thereabouts.I haven't seen the behind the scenes music documentary "DIG!" but its got a great name, I'll give it that.I checked it on youtube and it seemingly came out in 2004 and followed the careers of 2 newish for the time bands trying to 'make it' during that year, The Dandy Warhols, and Brian Jonestown Massacre.
Now its 2008 almost 2009 , and you could say that since I only recognise one of the bands, the film's own success rate at picking bands, was 50%.Hmmm thats not bad.

All labels operate in the same way Major and Indie- basically we are all at the casino, betting on our bands- the budgets might differ, the majors are congregated at the High roller tables and the Indies are in the cheap seats with the slots ..still,does'nt matter who you are, or most alarmingly, even what you do, the odds are stacked 10 to 1 against a successful outcome.Statistics don't lie-the most common fate of signed bands is failure, and for each one which carves out a successful career, there are approx 9 others who get the dreaded "sorry, you're dropped" letter after an album or 2, which usually results in a flurry of recriminations and accusations of lack of support.Any label which bucks this trend, which is mostly new labels who are enjoying the success of a flurry of new bands coming from a new scene, with a string of hits, these labels are revered in the industry for a while, but over a longer time period after the first flush of their sucess has died away, they too end up at the industry average of 10% rate it seems.
Posted by Digby at 1:40 AM