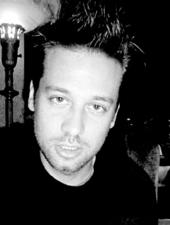 Question: I dont know if you got this question the last time because my computer crashed when i was sending it but anyway

Is it true that the only reason why nailbomb could not sign to earache was because of max\'s contract with roadrunner? If this is the case how was it possible for alex to release a record on roadrunner i would think surely his earache contract would prevent him from doing this.
But the part that confuses me is that Matt from trivium is a member of an earache band how is that possible i thought being under contract from roadrunner would prevent this. From:


Answer: Earache has always had a great relationship with Roadrunner over contractual stuff like this, sharing some artists that wann make projects etc..over the years quite a few of our artists have recorded with RR artists on projects, Meathook Seed featured Mitch Harris from Napalm Death with Donald Tardy from Obituary and was released by Earache, in recent months our signed artist Cult Of Luna recorded an album for a project called Khoma for RR. But the best known was of course Nailbomb which featured Alex Newport from Fudge Tunnel with Max Cavalera from Sepultura.From memory, Alex got to become friends with Max after touring together,I think he eventually married the daughter of Max's wife, so they were even family.

As Sepultura were bigger (way bigger ) than Fudge Tunnel at the time, it made sense to come out on RR, as it was intended to boost FT's profile.
Posted by Digby at 5:54 AM