Dominos or Pizza Hut with bands? 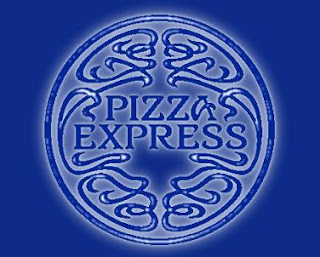 Question: Bit of a silly one really but being as youve brokered bands signing to the label before by taking them to pizza palours. The key question is Dominos or Pizza Hut? From:

Answer: Well its traditional that Labels get to know potential new signees over a meal and a few drinks, the convivial conflab that ensues can often clinch the deal.For Earache we are based in the city centre of Nottingham,UK which during the 90's was hardly a culinary capital of the UK, hence our infamous meeting with Varg of Burzum took place in a Bella Pasta- the actual branch is still there, actually.There is no Dominos in Nottingham and we've never been in Pizza Hut either- we have a bit more class than that dude (!)- its Pizza Express all the way- basically being a greedy twat who loves eating, I can vouch for more or less every restuarant in Nottingham, as I've eaten in them all.
A favourite scoffing hole for many years was curry restuarant Mogul E- Azam, which is visible out our office window, so very handy- and also Anilas curry restuarant,which is practically next door to Rock City- I think every band on Earache has eaten there- Shane Embury always went for the Tandorri Fish- I recommend it. Godflesh would order the hottest curry off the menu, and beg the cook to make it even hotter than the hottest - Justin would be sweating buckets and damping his brow, while we discussed the bands future plans.I think he enjoyed it.Back in the 90's we tried to sign a local band Dai Lo, and they insisted on eating an organic vegan menu, we found one place called simply 'Food' in Hockley - we didn't get the band, but I'll always remember the most gorgeous food.We took Evile to Pizza Express recently and Zizzi and Nandos is always a fave with them.Misery loves Co's managers would insist on Oysters at Loch Fyne, seafood place, that was always a damn pricey meeting!
Lately we have been skipping the food and just heading to the pub for beers and vodkas, there are nowadays a ton of bars within 50 metres of the office,mostly around the 'Cornerhouse' building- or the orange tree which is a block away..we met the Boy Will Drown in local metal pub- Speakeasy, again its close to Rock City, a fave watering hole for metallers in the city.
Posted by Digby at 12:03 PM