Sleep with Earache- what happened?


Question: in a recent interview in a DC fanzine mike pike spoke about the signing of high on fire to relapse after the split of sleep and he made the comment \" i doubt earache would have me back\". not trying to chase a feud or anything but what does he mean by this did sleep leave earache on bad terms? From: 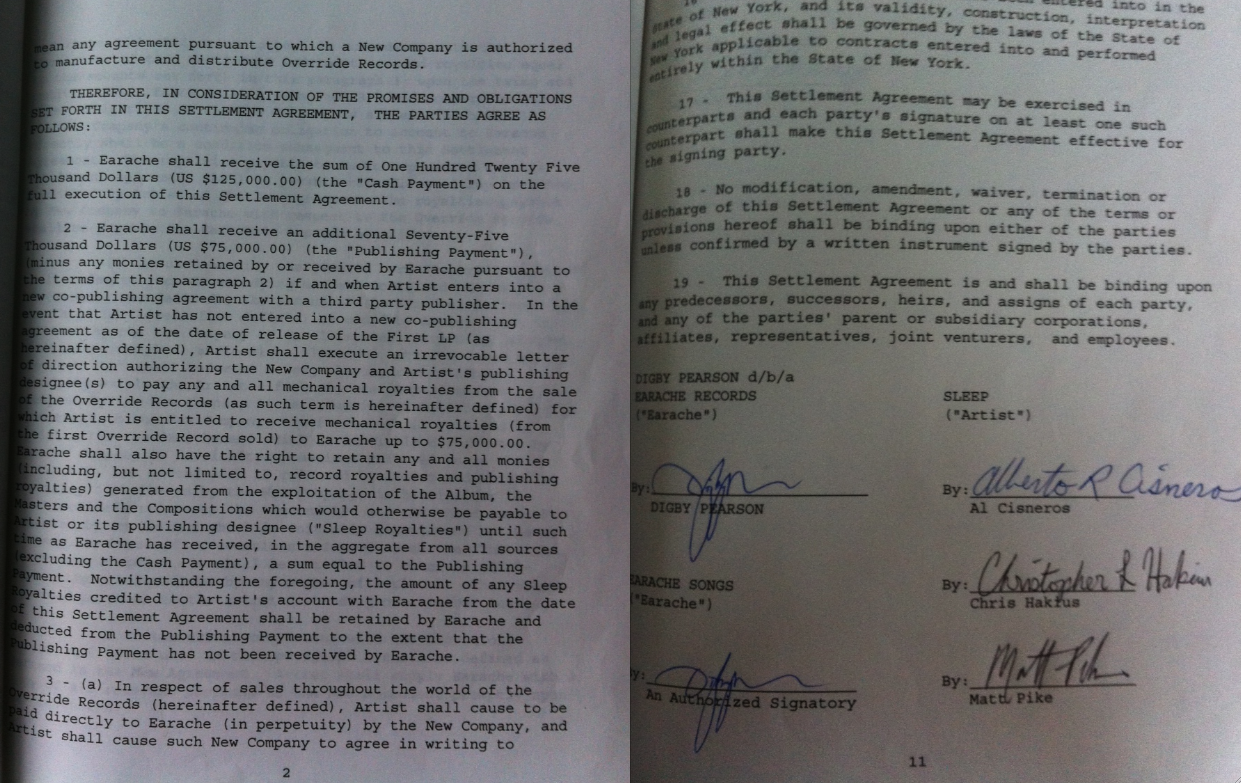 Answer:Yeah if ya wanna know: Sleep walked out of their deal with Earache barely a year into it,  to chase their major label contract with London Records which their high powered management secured for them after their1992 Earache debut on the label "Sleep's Holy Mountain' had garnered high praise among the cogniscenti and industry scenesters. Earache agreed to not stand in their way, do the right thing, so we -reluctantly- let the band go so they could chase the major label dream. This was done under a " settlement deal" see above-the settlement also waived all the bands royalty rights in their one album recorded under our 4 album deal. This was 1995 or so, and explains why they don't receive royalties- they walked away from them, willingly and gladly.  Presumably the band assumed they would go on to greater  financial rewards on London Records except it did not quite pan out like that as they were dropped from the major and spent 1996-2009 split up.

Anyway its a  classic album which has stood the test of time..but even right after its release it was highly rated, being a fantastic Sabbath/Stoner album. its hardly been bettered since..I recall in 1992 Earache made the first Black Sabbath tribute album which we sent personally to Tony Iommi.We heard back that he loved it, especially Sleep who according to him, "embodied the spirit of early Sabbath". This got quoted a lot by us as a hype thang- and within a short while things got outta hand, Sleep began to entertain managers/lawyers/ etc to extricate themselves from our record deal.

In 2014  the band  had reformed and recently set up a webstore and asked us why they can't press up Holy Mountain themselves-- then had the sheer  gall to claim no royalties via a Facebook post (since removed). Meanwhile we intend to apply to court for the unpaid settlement monies still due to Earache. Be careful what you SIGN, indeed.
Posted by Digby at 4:53 AM

So you make money of the album, the band gets sh*t and you're still going to sue them.
No wonder the record industry is going down.