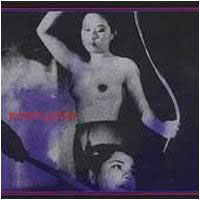 Question: Is the story about john zorn personally being the reason why earache got raded by HM Customs true? According to Alex Newport\'s website they found some offensive images in his suitcase and followed up where he was delivering them to. From:


Answer:Yeah this was another wacky episode in Earache's illustrious past, it's not been an easy ride promoting the worlds most extreme music by the most extreme artists, and the crazy thing was, John Zorn was not actually signed to Earache,he was ( and still is) a world-recognised Jazz saxophonist and a music nut, specialising in exploring obscure music genres.After showing up at several Napalm Death shows in Japan, he kinda drifted into the grindcore thang Earache had going on, contributing the phenomenally groundbreaking album, Naked City's 'Torture Garden'(1991) performed with an ensemble of avant-garde musicians who played mash-up grindcore but with an unsurpassed before-or-since level of technical skill.Plus 2 releases called Painkiller in collaboration with Napalm Death drummer Mick Harris. A year or two later,he was gone from Earache's radar, presumably exploring fresher musical avenues, but the waves he caused with his short-lived output were long lasting. 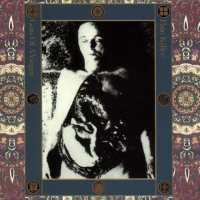 Zorn firmly beleived that extreme music deserved accompanying extreme album art, tho most of the other Earache acts aside from Carcass never saw Grind as much of a visual artform.Thats why Naked City has stills from Japanese bondage films as the sleeve.For Painkillers debut "Guts Of A Virgin" Zorn sent us by Fed Ex from New York the album cover image-an autopsy photo of a young woman with abdomen sliced open showing an unborn baby. Grotesque imagery to be sure.However, we never received it- as it turns out the UK HM Customs had opened the package and seized it,deeming it offensive material, and informing the UK police of Earache's intention to import it.The police duly raided our Nottingham offices at 10 am one morning (I wasnt there at the time)to seek and take away more 'offensive' material (they took exception to Carcass and Filthy Christians and Cadaver album sleeves, plus a Fudge Tunnel art layout for the debut FT album). I was served with an arrest warrant under the Obscene Publications Act.It was heavy stuff.I encouraged our bands to be repulsive with their artwork but I had no idea it was actually borderline illegal to do so.

After about 6 months of waiting to be prosecuted,the charges were dropped, much to my great relief.
Posted by Digby at 12:25 AM

You should have sued them for harassing you.

Good story, thanks. Did they return the materials?