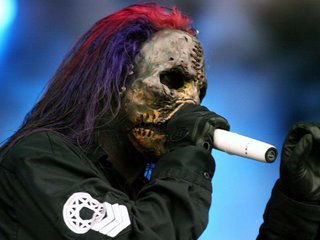 Question: It says in the Slipknot \"welcome to our neighbourhood\" biography that earache along with metal blade was two of the labels involved in the bidding war for the band, is this true? From:


Answer: Nah,Slipknot passed Earache by completely.We never heard about Slipknot until their 1999 debut on Roadrunner, so how could we be bidding for them?Tho after the event I think we realised we had at some stage gotten hold of their Mate.Kill.Repeat demo. Obviously, it didnt make any impression on us- cos we are dumb like that!In fact the whole Nu-Metal explosion passed us by.Hard to beleive- but Earache had released another bunch of masked maniacs called The Berzerker before Slipknot's debut hit the racks.The Berzerker were so so extreme, they were actually off the scale.
Hats off once again to Monte at Roadrunner,who saw Slipknot were the kings-in-waiting of extreme music and snapped them up.1 Million sales of the Slipknot debut was a hella impressive achievement, unsurpassed in extreme music, either before or since.
Actually years later Jim Welch told me (who was then A&R at Columbia- or was it Atlantic Records?)he was massively into bidding for Slipknot. Jim was of course formerly the USA label manager of Earache records in America , during the early-mid 90's. So that might be where the -mistaken- Earache connection comes in.
Posted by Digby at 3:36 AM